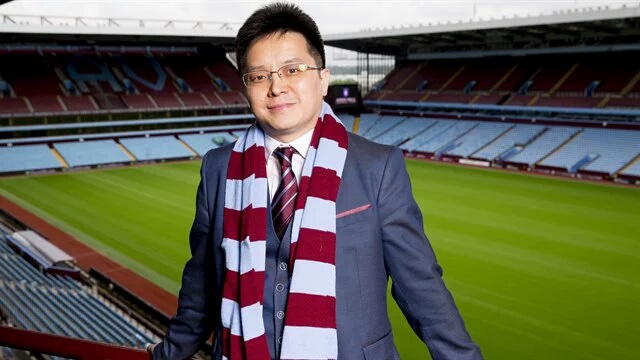 Aston Villa have announced that the sale of the club to the Recon Group, owned by Dr Tony Xia, is now complete.

The Chinese businessman has completed the purchase of the club from former owner Randy Lerner for a fee around £76million after having his takeover bid approved by the Football League.

Lerner was in charge of the club for 10-years after buying the club in 2006 for £62.6million, but gradually saw the club decline, ending in their eventual relegation from the Premier League last season. However, the American owner has finally found a buyer for the beleaguered club, and Dr Xia will become the clubs new Owner and Chairman.

Xia made his fortune as the owner if the Recon Group, which is a holding company employing 35,000 people in 75 countries and has now made his first move into Football Ownership. It is claimed that the £76million aquisition includes a £52million purchase price, as well as a £24million overdraft.

The club recently appointed Roberto Di Matteo as manager as they look to bounce back into the Premier League at the first attempt.

A new board will be appointed this week.