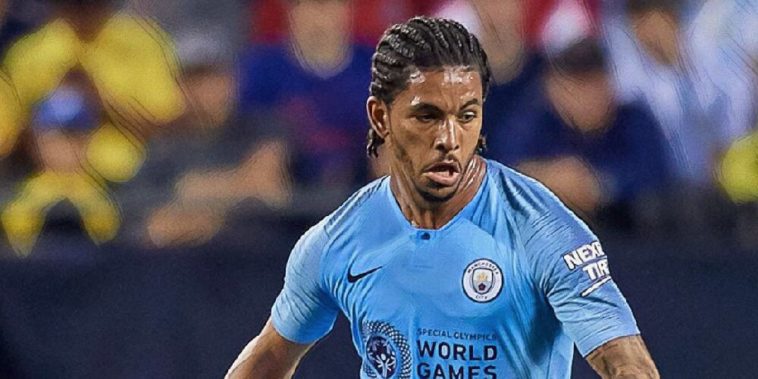 Villa boss Dean Smith is continuing to strengthen his squad ahead of their return to the Premier League, with the club set to wrap up the capture of Brazilian midfielder Luiz as their latest summer addition.

The 21-year-old has never made a senior appearance for Man City, having spent the past two seasons on-loan at Spanish side Girona. Luiz is believed to be highly-rated at the Etihad, but now looks set to leave with Aston Villa confident the youngster will receive a work permit.

According to the Telegraph, City boss Guardiola was left frustrated after Luiz was refused a work permit last season, with the midfielder being described as having real potential.

Luiz’s signing will be the latest in a busy summer of transfer activity at Villa Park. The Midlands club have already completed permanent deals for Tyrone Mings, Kortney Hause and Anwar El Ghazi, the trio having impressed during the club’s promotion campaign last season.

Midfielder Jota has also arrived from rivals Birmingham City, whilst the club broke their transfer record with the £22m capture of Club Brugge’s Brazilian forward Wesley, although that record has since been broken by Mings’ £26.5m arrival.