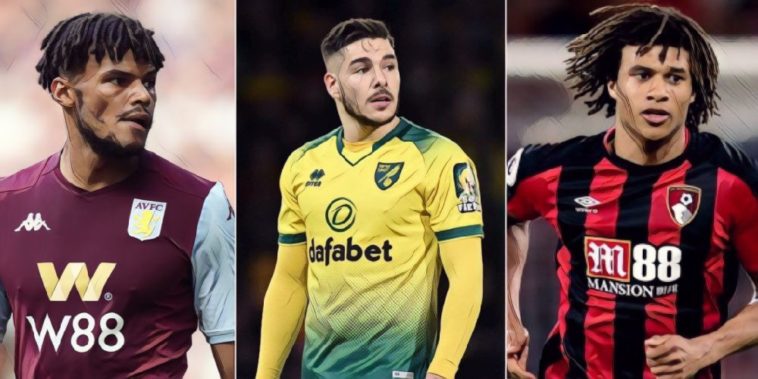 Premier League football is back this week as England’s top tier returns to action behind-closed-doors, with much still to play for in what is likely to be an enthralling, if different, end to the current campaign.

Much of the discussion surrounding a potential curtailment of the season centred around relegation, though each of the struggling sides will now be presented with an opportunity to play their way out of trouble.

Newcastle and Southampton will both be confident of survival after edging towards the magical 40-point mark often associated with safety, but it’s a much different story in a fascinating battle below those sides.

Ahead of the Premier League’s restart we’ve decided to assess the relegation run-in, with just eight points currently separating the division’s bottom six.

Aston Villa’s expensive summer outlay upon their return to the Premier League has failed to deliver consolidation at present, with the Midlands outfit current sitting in the league’s relegation places.

A series of defensive errors have undone several promising moments for Dean Smith’s side, who must find a way of upsetting the odds to ensure their safety this season.

Villa face four of the current top six in their remaining fixtures, alongside difficult looking home clashes with Sheffield United and Arsenal and a trip to face Everton at Goodison Park.

Smith’s side were amongst the clubs to strongly oppose the prospect of neutral venues and play six of their remaining fixtures at Villa Park, a situation which could prove pivotal given their struggles on the road.

Behind-closed-doors contests could neutralise that advantage, however, and Villa are likely to continue looking to highly-rated captain Jack Grealish for inspiration, though the pressure on the 24-year-old is likely to be reduced by the timely return of John McGinn from injury.

Bournemouth’s Premier League status has rarely been in a more perilous situation since their arrival in the top tier five years ago, Eddie Howe’s side currently sitting in the drop zone by virtue of goal difference.

The treatment table at the Vitality Stadium is less busy than it was before the seasons suspension, a scenario which could prove crucial to a Cherries side facing a difficult run-in on paper. No side in the bottom six has a trickier run of opponents based on average position, Bournemouth facing a nightmare four-game streak that includes trips to both Manchester clubs and home clashes with Champions League-chasing Spurs and Leicester.

Howe’s options will be boosted by the return of David Brooks following almost a year sidelined through injury, whilst summer signing Lloyd Kelly could also feature during the run-in after missing the entirety of the campaign thus far.

Ryan Fraser’s refusal to sign a short-term extension and finish the season with the Cherries is a major blow to their survival hopes, however, the influential Scotland international set to walk away from the club as a fee agent on June 30.

Brighton are currently the best placed of the division’s bottom six and two points clear of the drop zone, but face a daunting fixture list ahead of the Premier League’s restart and face each of the top three, alongside home clashes with Arsenal and Manchester United, in their first six fixtures.

The Seagulls were in a worrying run of form prior to the break in the season with a series of draws failing to revive their fortunes, Graham Potter’s side having failed to win in the Premier League since the turn of the New Year.

A worrying defensive record – Brighton have kept just two clean sheets in their past 19 fixtures – needs to be addressed to give the club any hope of survival, as Potter’s debut season in charge hangs in the balance.

With the exception of Jose Izquierdo, Brighton have a full strength squad from which to choose from ahead of the clash with Arsenal on Saturday, and the club will need their experienced stars to grind out results if their three-season Premier League venture is to continue next season.

Six points from safety with just nine games remaining, Norwich face an uphill task to ensure they don’t make an immediate return to the second tier next season.

A shock victory over Leicester in late-February was a welcome boost to their hopes, and the Canaries may need to upset the odds further if they are to climb out of the division’s bottom three. Winnable home fixtures with Southampton and Everton begin the club’s restart, whilst they will also meet fellow strugglers Brighton, Watford and West Ham in succession in what will prove a season-defining run of fixtures.

A full complement of defensive options – this weekend’s one positive coronavirus test aside – will be a welcome boost to a side which a goal difference of -27, with Switzerland international Timm Klose having returned from injury to impress in an intra-club friendly fixture.

Farke’s attacking side has won plaudits this season but it is now time to swap style for substance, and much will depend on whether Teemu Pukki can rediscover his early goalscoring form with only the Finnish forward and winger Todd Cantwell having scored more than one league goal this season.

The initial ‘new manager bounce’ following Nigel Pearson’s arrival propelled Watford up the table, but results had begun to stutter prior to the suspension of the season despite a shock victory over previously unbeaten league leaders Liverpool.

That victory over the European champions is Watford’s only success in their last seven league fixtures, following an initial seven-game unbeaten run following Pearson’s appointment.

Pearson’s no-nonsense approach had initially struck a chord with several of the Hornets’ stars, with Troy Deeney and summer signing Ismaila Sarr finding their best form since the change in management. The decision of the former to return to football despite his initial concerns is a huge boost to Watford’s hopes, Deeney offering presence, leadership and goal threat to the side.

Watford’s remaining fixtures present winnable-looking home fixtures with Southampton, Norwich and Newcastle, whilst they will also meet fellow strugglers West Ham in a crucial ‘six-pointer’ at the London Stadium.

Pearson’s squad has enough talent to ensure survival but they remain unpredictable, their task will be finding some sort of consistency to maintain their Premier League status.

Possessing arguably the most talented squad of the bottom six and the best run-in on paper in terms of average opponent position, West Ham should be amongst the favourites to move clear of danger.

This is, however, a Hammers side which continued to under-perform despite notable investment, a change in management having so far failed to revive their fortunes and leaving the capital club facing the prospect of an ignominious relegation.

West Ham have continued to ship goals with alarming regularity with only the bottom two sides – Norwich and Aston Villa – having conceded more than their 50 goals. They resume the season with tough fixtures against Wolves, Spurs and Chelsea, before a run of games featuring clashes with several sides near the bottom.

Relegation could prove catastrophic to a side with a deep and expensively assembled squad, fixtures against Norwich, Watford and Aston Villa in their final four games likely to be played under huge pressure.