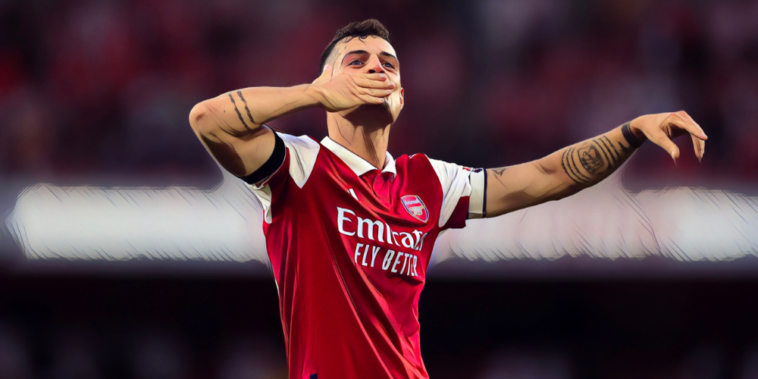 Xhaka has thrived in a more advanced role for the North Londoners this season to re-emerge as a key figure for the club, with his inter-play with summer signing Oleksandr Zinchenko having been a feature of the Gunners early season performances.

The Switzerland international is expected to feature as Arsenal travel to his homeland to face FC Zurich in their Europa League opener on Thursday and ahead of the clash Arteta has spoken on Xhaka’s change of role and improved performances.

“He has a different role this year – he’s in more advanced areas and I think he’s playing really well. He’s been really consistent this season and is a really important player for us.”

Xhaka’s turnaround is even more remarkable considering how close he came to leaving Arsenal in 2019. The 29-year-old endured a turbulent period in which he was removed as captain by former manager Unai Emery, before talks with Arteta persuaded the midfielder to remain at the Emirates.

“I gave him my opinion about the situation and I tried to explain the reasoning around why I thought leaving in that moment wasn’t the best idea,” Arteta recalled on Xhaka’s desire to leave.

“Knowing his character and how he is, I thought he was going to regret it. After that, day by day he has earned the respect of everyone at the club, of all our supporters and he’s been playing really well for us.”