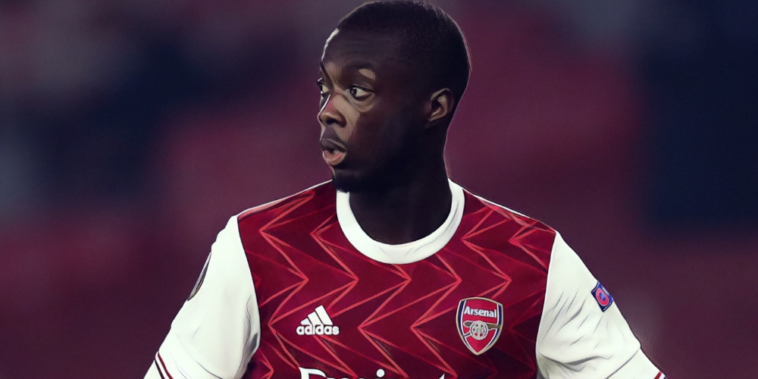 Mikel Arteta says he has been pleased with Nicolas Pepe’s recent form but has demanded greater consistency from the Arsenal winger.

Pepe came off the substitutes’ bench to score Arsenal‘s goal in the club’s 1-1 draw with Slavia Prague on Thursday, as the north London side were held to a draw in the first leg of their Europa League quarter-final at the Emirates.

The 26-year-old’s goal continued an encouraging run of recent form as an impact player, though Arteta has demanded greater consistency from the Ivorian if he is to force his way into the starting side on a regular basis.

“He has been really effective when he has come on as a sub, and we started as well against Liverpool and now he needs to be at that consistent level,” Arteta said at his pre-match press conference ahead of this weekend’s clash with Sheffield United.

“We know that he is a threat, he has more goals than any other winger that we have and that’s a big plus for us.”

Arsenal were boosted by the returns of Bukayo Saka and Emile Smith Rowe for the draw with Slavia and Arteta admits he is delighted to have the academy graduates back and available for selection.

“I think they were both really good, obviously they haven’t played much football in recent weeks and they struggled to finish the game, but I think overall they both had a good game.”