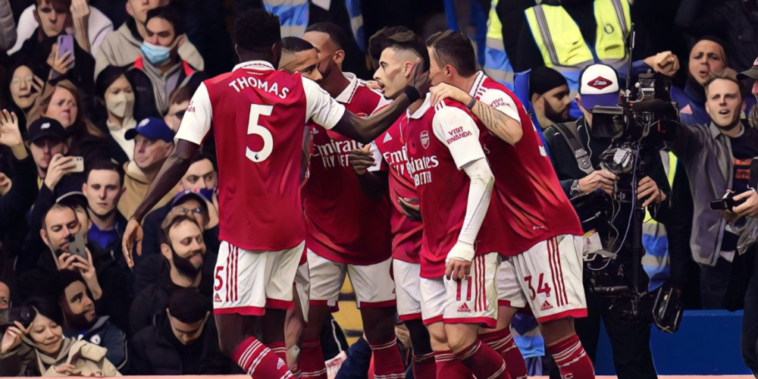 Mikel Arteta has praised the ‘maturity’ shown by his Arsenal side last weekend, as the Gunners looking to ensure they are top at Christmas.

Despite it only being the middle of November, Arsenal know that a win against a struggling Wolves this weekend will see them at top of the Premier League tree this Christmas due to the upcoming break for the World Cup.

The Gunners have won 11 of their 13 league games this summer, earning a narrow 1-0 win at Stamford Bridge last time out to move back to the top of the pile.

Mikel Arteta has assembled a relatively young side during his tenure at the Emirates, though has added a splash of experience in the form of Gabriel Jesus and Oleksandr Zinchenko last summer, and speaking ahead of this weekend’s game, the Spaniard praised his side’s maturity against Graham Potter’s Chelsea last weekend.

“We have had periods in big games where we’ve been perfect or done really well, especially against top opponents,” he said at his pre-match press conference.

“Last weekend showed maturity and another side of the team where when they really needed to show it, we did.

“It’s a working process all the time, what we do today, we maybe might not be able to do tomorrow.

“You always have to get the team at the right attention level to deliver quality that’s needed to win.

“Our focus is to play better every day.”