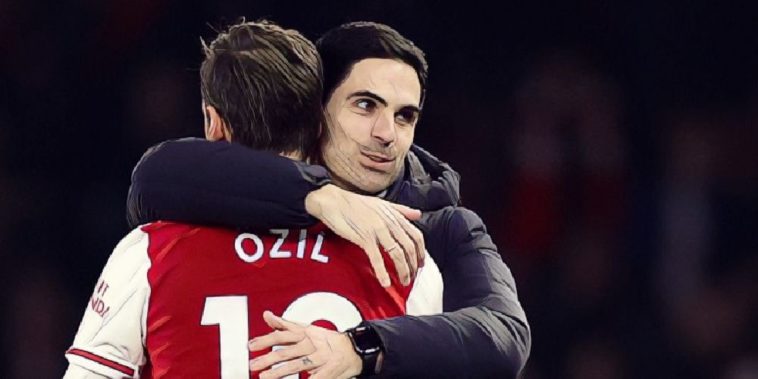 Arsenal boss Mikel Arteta has hinted that he may be open to recalling Mesut Ozil to his squad in January, amid the Gunners current lack of creativity.

The former Germany international has endured a frustrating spell at the club in recent seasons, despite initially impressing following his high profile move from Real Madrid back in 2013, with his game time severely restricted under both Unai Emery and now former teammate Arteta.

The 31-year-old had signed a new three-and-a-half-year deal in January 2018 to make him the club’s highest earner, yet he currently finds himself restricted to the sidelines after suffering the embarrassment of being left out both Arsenal’s Premier League and Europa League squad’s for the first half of the 2020/21 campaign.

With his current contract set to expire next summer, it looked for all the world as if he’d played his last match for the club, although the Gunners current struggles have seen calls for his return to the first-team set-up.

Arsenal are currently in the midst of a wretched run of league form that has seen them pick up just four wins from their opening 11 games, with one major issue being their inability to find the back of the net after scoring just ten times so far this term.

With the Gunners lacking a creative presence in midfield and in dire need of someone to provide service to the unusually goal-shy Pierre- Emerick Aubameyang, Mikel Arteta suggested he wasn’t closed off to the idea of recalling the midfielder.

“He’s not in the squad right now,” Arteta told the press ahead of Arsenal’s game against Burnley. “I’m focusing just on the players we have here.

“But, whatever happens in January, we have some time to decide.”