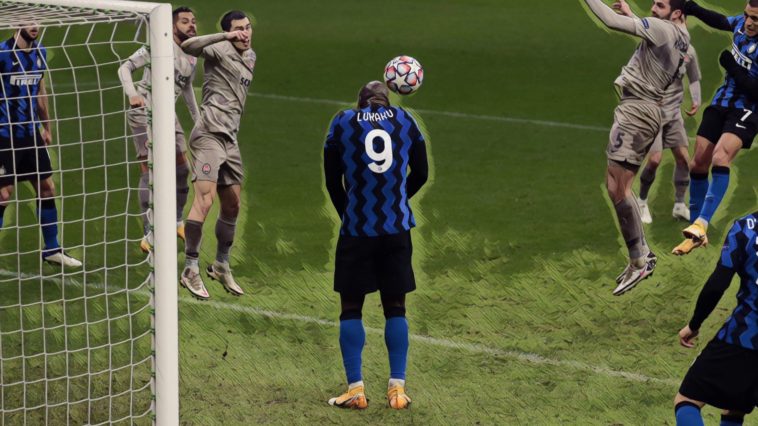 The best and funniest tweets from the world of football this week, featuring Manchester United’s exit from the Champions League, the Manchester Derby, Demba Ba giving the fourth official a piece of his mind, and Romelu Lukaku unintentionally blocking Inter’s path to the knockout stages.

The week got off to a terrible start for Man united when they got dumped out of the Champions League by RB Leipzig.

Although Paul Pogba put in a miraculously good performance right after his agent dropped a bombshell the weekend before.

When they tell you that you have to keep playing for United vs when your agent says that you'll be leaving soon pic.twitter.com/hbgNAMFvTn

Good to see the fans are keeping things in perspective at least.

This is a “masterclass” on internet fans overreaction theatre. About 8 weeks in between pic.twitter.com/1sSgEeWWwm

The result had Man City sweating for a few days, though…

Every time Solskjaer has a shocker he almost immediately pulls a big win out of the bag… pic.twitter.com/nKLMjzrbrJ

But the Manchester Derby was a goalless borefest in the end.

This is exactly what "elite" soccer was like in 2007. Congrats to everyone who made it through that.

Istanbul Basaksehir and PSG took a stand against racism on Tuesday when the two teams walked off the pitch following alleged racism by the fourth official.

✊🏻✊🏿 NO TO RACISM | #Respect pic.twitter.com/Ic1BzfANoi

Demba Ba became the unlikely hero of the week as a result.

Demba Ba is the hero that we need but don’t deserve.

Demba Ba is that uncle who goes outside at the sound of commotion and actually handles it. https://t.co/Ie5rm4s9fH

An awkward moment for Uefa.

Meanwhile in Millwall, QPR did this:

Scored a screamer, ssh’d the Millwall fans and then took the knee. I now support QPR too. pic.twitter.com/XI3UyPjJ9s

QPR players celebrating their goal by taking the knee in front of the Millwall fans??? Inject it!!!

Racism isn’t just a Millwall problem, it goes far deeper than that

An excellent point on the ‘keep politics out of sport’ debate.

Poor Romelu Lukaku was in the wrong place at the wrong time.

Romelu Lukaku save in the 89th minute of the #InterShakhtar match! ⚒⚒

After smashing the Pride corner flag, this was great to see from Jamie Vardy.

How it started. How it’s going. pic.twitter.com/D7GImCD4om

Marcelo Bielsa had no problem sharing his lineup well ahead of Friday’s game, although it didn’t stop them from losing to West Ham.

Reporter: Are you going to keep West Ham guessing?

Brother from another mother?

Gonna be heartbroken if I find out they didn't swap shirts.. pic.twitter.com/mHdasqXNXW

Everyone in Wales and Ireland breathes a huge sigh of relief.

We have avoided @FAIreland 😄@FIFAWorldCup | #TogetherStronger

Farewell to Italy legend Paolo Rossi, who passed away aged 64 this week.

Read: Son is no longer the ‘support act’ – he is undoubtedly Spurs’ headliner

See Also: Top five assist to goal scorer partnerships in the Premier League so far in 2020/21