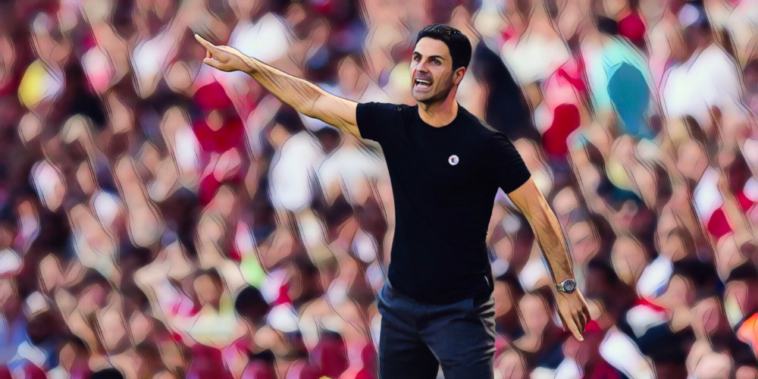 Mikel Arteta has refused to discuss speculation linking him with a future position at Barcelona, but has insisted he is ‘extremely happy’ at Arsenal.

The Spaniard has overseen a steady overhaul at the Emirates, picking up the reins from Unai Emery, clearing out a number of high profile players and moulding a squad of hungry, talented players.

Arsenal have shown plenty of improvement during his time as head coach, and have started the current season in sensational fashion, losing just two games in all competitions to sit at the top of the Premier League and have already booked their place in the Europa League knockout rounds.

Arsenal’s form and transformation under Arteta has reportedly piqued the interest of La Liga giants, Barcelona, who have seen their fortunes falter in recent seasons, and have dropped into the Europa League for a second successive season.

Reports in Spain this week have suggested that the Catalan club are keeping an eye on Arteta as a potential replacement for Xavi in the future, and the Arsenals boss was asked about talks linking him with eventually taking over at the Nou Camp.

“What I can say is that I’m extremely happy and proud to be where I am,” he said at a press conference before Arsenal’s Europa League game with FC Zurich.

“Barcelona now are on a really good path. I think they have a phenomenal coach who is an absolute legend at the club and has lived the whole place. You have to be very respectful of that.”