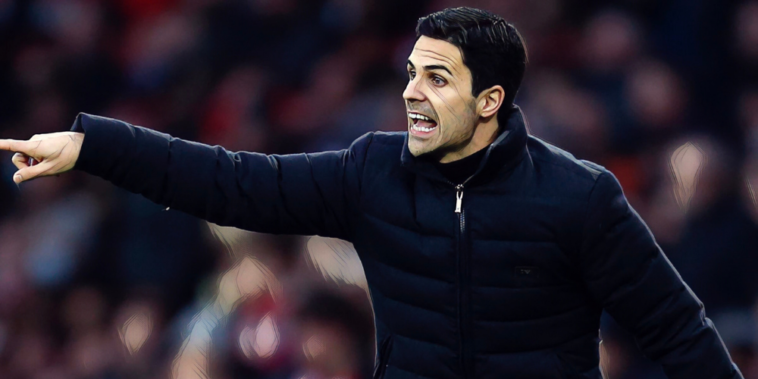 Mikel Arteta insists Arsenal are ready for ‘a defining moment in the season’ as the club prepare to face Leeds in the Premier League this weekend.

Arsenal are fourth in the Premier League at present and chasing Champions League qualification, sitting two points ahead of Tottenham in the table ahead of this weekend’s fixtures.

Spurs face a difficult trip to face title-chasing Liverpool on Saturday evening, before the Gunners host relegation-threatened Leeds at the Emirates the following day.

The North London rivals then meet in a huge fixture at the Tottenham Hotspur Stadium on Thursday evening and Arteta admits it is crunch time in his side’s season.

“There is a lot to play for. Obviously the situation they (Leeds) are in but it’s a defining moment in the season for us after everything we’ve done over the last 9/10 months. We want to capitalise on what we’ve done,” he told his pre-match press conference.

Leeds have since changed managers with Jesse Marsch replacing Marcelo Bielsa and Arteta is expecting a different game this time around.

“Lots has changed since we last played them. They had a lot of Covid players at the time while we were in a really strong position. They have a new manager and changed a few things in their organisation and never are two games the same.

“If you look at the history of the coach, he’s always very consistent with a very defined way of playing. He has a really attractive way to play football so I’m expecting something similar.”

Arteta also opened up on an improving atmosphere around the Emirates this season and believes the increasing chemistry between the team and fans has aided Arsenal’s top four challenge.

“The chemistry with the fans is growing every week and you can sense the players are feeling it, and that includes the incredible support away from home.

“It was something we missed in the last two years and in my opinion that has been the game-changer. Their energy and emotions towards the team has been really contagious.”