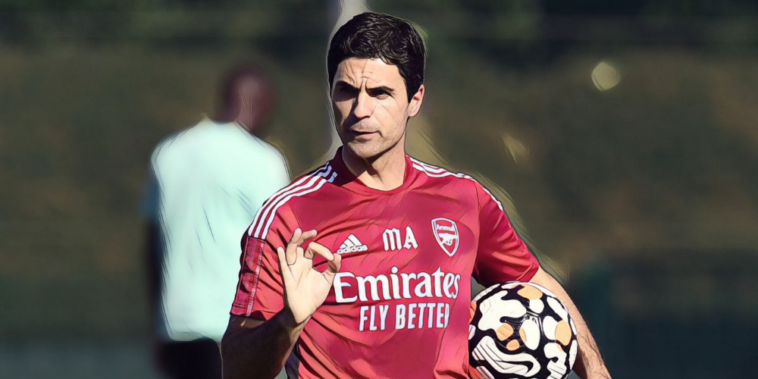 Mikel Arteta has offered an injury update on Pierre-Emerick Aubameyang and Thomas Partey, ahead of Arsenal’s clash with Liverpool this weekend.

Arsenal travel to face the Reds at Anfield looking to extend their eight-game unbeaten run in the Premier League, with a win for the Gunners tomorrow evening leapfrogging them above Liverpool and into the Champions League places.

“No it wasn’t pre-planned,” Arteta said at his pre-match press conference ahead of Aubameyang’s early return.

“We had to assess him and see how he is and make decisions. We have a lot of players who have been through different game issues, little injuries so today we have to test everybody.”

Asked if he had come back with a particular injury, Arteta said: “Let’s see how everybody is. We have to see them today before assessing and making a judgement.”

Arteta also discussed whether Thomas Partey was available for the clash at Anfield, after the midfielder was unable to represent Ghana during the international break.

“Same again. He couldn’t play for the national team. He really tried to do that because they had a massive game and pushed for that one but he wasn’t close enough. Again that’s something we have to assess because until today he hasn’t done enough.”