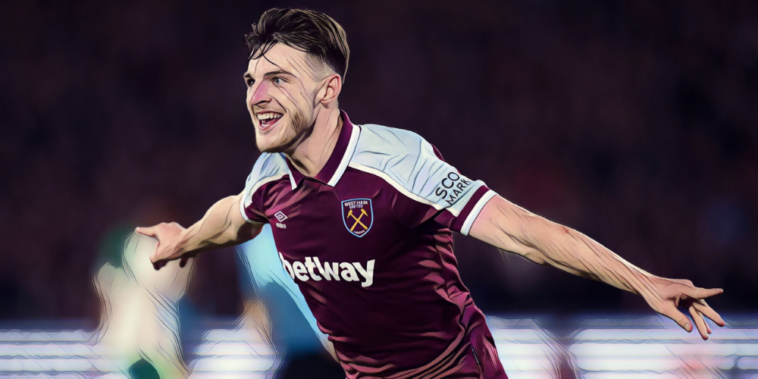 As a fascinating Premier League season pauses for November’s international break, we’ve decided to look at some of the division’s finest talents from then opening months of the campaign.

We’ve picked out a collection of stars who have hit a real purple patch of form of late, here are seven Premier League players in the form of their lives right now.

It’s been some year for Emile Smith Rowe, with the midfielder having failed to make a senior appearance for Arsenal at the same stage of the 2020/21 campaign.

Since being thrust into the Gunners’ side for the Boxing Day win over Chelsea, the midfielder has enjoyed a rapid rise that has culminated in a first call-up to the senior England squad for November’s World Cup qualifiers.

Smith Rowe’s technical talents have seen him become a central figure in an emerging Arsenal side, one which has bounced back from a disappointing start to amass a 10-game unbeaten run in all competitions.

The 21-year-old has provided two assists and scored four goals, including netting in each of his past three league appearances, becoming just the fourth Arsenal player aged 21 or under to achieve the feat in the Premier League era.

Smith Rowe’s elegant drive has seen him become a must-watch talent for the Gunners in recent weeks and he will now hope to make an impression at international level, with no English player having been directly involved in more Premier League goals since the start of September.

Mohamed Salah has been a model of consistency in recent seasons, but even the Egyptian’s incredible standards have reached new levels during the 2021/22 season so far.

Salah is both the leading goalscorer and assist provider (joint) in the Premier League this season, having registered a staggering 17 goal involvements in just 11 league starts for Liverpool.

No player across Europe’s top five leagues can better that haul of goal involvements, whilst his stunning start is a continuation of the form he has shown in recent seasons, with Salah leading the Premier League for goals (105), goals and assists (145) and possession won in the final third (131) since arriving at Anfield from Roma.

For so long an elite goalscorer, Salah’s game appears to have evolved this season with the 29-year-old both creative and clinical around goal, showcasing an increasing awareness to fire Liverpool’s title challenge.

His individual goals in clashes with Manchester City and Watford were nothing short of extraordinary, a footballer who defences have struggled to stop during a scintillating start to the season.

Salah has added a further five goals in four Champions League appearances, whilst he recently became the first opposition player to score a Premier League hat-trick at Old Trafford as Liverpool won 5-0 at Old Trafford.

‘The best in his position in world football’ was how John Terry described Declan Rice last week, after watching the midfielder’s latest masterclass in West Ham’s 3-2 win over Liverpool at the London Stadium.

Rice has become the driving force of a West Ham side riding a wave of optimism and confidence at present, sitting third in the Premier League and harbouring genuine ambitions of securing Champions League qualification.

The 22-year-old has captained the side as Mark Noble’s career with the club comes towards an end, producing a number of all-action performances and showcasing the improving variety to his game.

David Moyes has claimed the £100m price-tag previously placed on the midfielder is a bargain no longer available, and it’s little wonder given the importance of Rice to his side with the England international leading his Hammers’ teammates for blocks, interceptions, passing accuracy, possession won, successful passes and tackles won during the 2021/22 season to date.

Those statistics – coupled alongside an increasing forward threat with three goals and three assists already this season – underline just why Rice is on the radar of the Premier League’s richest clubs.

The influence of full-backs is no longer understated and Joao Cancelo’s contribution to Manchester City emphasises just how effective modern defenders can be right across the pitch.

With neither Kevin De Bruyne or Ilkay Gundogan operating at last season’s levels and Jack Grealish still finding his feet at the Etihad, the playmaking responsibility has been shouldered by the club’s Portugal international from his role as a roving left-back.

Cancelo has quite literally shown he can do it all for City this season, leading the side for a wide-ranging number of metrics including touches, passes, interceptions, duels won and, remarkably, shots.

João Cancelo for Man City in the Premier League this season:

The full-back that does EVERYTHING. pic.twitter.com/uxBRqHEwX3

The 27-year-old is diligent defensively and ever-effective when rampaging into the opposition’s half, including providing five assists across just two fixtures against Club Brugge and Manchester United prior to the international break.

Cancelo’s hat-trick of assists against the former made it five goal involvements (2G/3A) in just four Champions League appearances this season, an indication of his involvement in City’s forward threat.

Another defender who has found his form during the season’s opening weeks, Reece James has become ever more influential as a marauding wing-back in Thomas Tuchel’s system at Chelsea.

James has cemented his position on the right for the European champions during the campaign’s opening weeks, his pace, power and excellent delivery having provided the Blues with a potent weapon at both ends of the pitch.

The 21-year-old has scored four league goals already this season, including netting a brace of blockbuster efforts during the 3-0 win at Newcastle last month, with James the club’s leading scorer in the Premier League at present.

He has added to that haul with three assists, a haul that has come in just six Premier League starts. It’s a remarkable run of productivity for James, who will hope his career-best performances can earn him the starting spot for England, amid a wealth of talented right-back options for the Three Lions.

Few envisaged the immediate impact Aaron Ramsdale would have on Arsenal, the goalkeeper expected to initially provide cover and competition for Bernd Leno following his summer arrival from Sheffield United.

Critics had questioned the Gunners’ wisdom in spending £24m on a goalkeeper without a guarantee of first-team football, but the 23-year-old has failed to look back after being handed his opportunity following Arsenal’s winless start.

Arsenal are unbeaten since Ramsdale was introduced to the side against Norwich in September, rising to fifth in the Premier League after eight games without defeat, a sequence that has included five clean sheets.

Aaron Ramsdale before joining Arsenal vs. his first season with Arsenal.

Ramsdale’s superb distribution has provided Mikel Arteta’s side with variety to their possession game, with the goalkeeper adding a new dimension with his accuracy over short and long distances.

As important as Ramsdale’s game is with the ball at his feet, he also ranks second in the division for save percentage behind only Chelsea’s Edouard Mendy, the summer signing having silenced his pre-season doubters during the early stages of his Arsenal career.

Chelsea’s academy system has produced no shortage of talents in recent seasons, with the west London side’s first-team squad currently packed with graduates from the youth system.

Several more have impressed following moves away with the likes of Tino Livramento and Tariq Lamptey finding success elsewhere in the Premier League, though Conor Gallagher’s performances this season have raised hopes he can have a long-term future at Stamford Bridge.

Last summer saw Chelsea cash-in on Marc Guehi, Fikayo Tomori and Tammy Abraham for a combined sum of around £77m, though the decision to sanction another loan for Gallagher – and not a permanent sale – has proven a wise one.

The 21-year-old impressed sporadically despite West Bromwich Albion’s relegation last season, before signing for Crystal Palace on another temporary deal ahead of the 2021/22 campaign.

😜 Only Reece James (7) has played a direct hand in more Premier League goals than Conor Gallagher (6) of all Chelsea players this season pic.twitter.com/qfAsRAlx8t

He has made himself an instant fans’ favourite as the box-to-box force of Patrick Vieira’s dynamic side, with the Eagles having been transformed following a summer overhaul and injection of youth.

Gallagher’s endless energy and third-man running has seen the midfielder already score four times in the Premier League this season, in addition to providing two assists to spark calls for England inclusion.

Chelsea boast a wealth of midfield options at present, but Gallagher can be doing little more to force his way into Thomas Tuchel’s thinking ahead of next season.