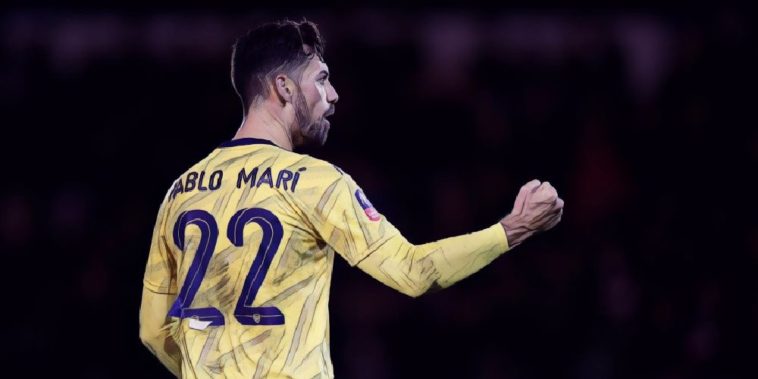 The Spanish defender was included for the first time since arriving on loan from Flamengo in January, Mari producing an assured display at the heart of the defence alongside David Luiz as the Gunners sealed their place in the quarter-finals with a 2-0 victory at Fratton Park.

Sokratis and Eddie Nketiah scored the goals as the North London side progressed to the last eight for the first time since 2016/17, though it was the performance of compatriot Mari that stood out for Arteta, the 26-year-old slotting seamlessly into the Arsenal team despite playing no competitive football since the end of last year.

“I think he looked comfortable,” Arteta said in an interview with the Arsenal website.

“He is very vocal and very comfortable on the ball, always commanding the back four and he looked like he’s played here for months. I think we have a good player.”

Mari will hope to keep in his place in the side when Arsenal return to Premier League action this weekend, the Gunners hosting struggling city rivals West Ham at the Emirates on Saturday.