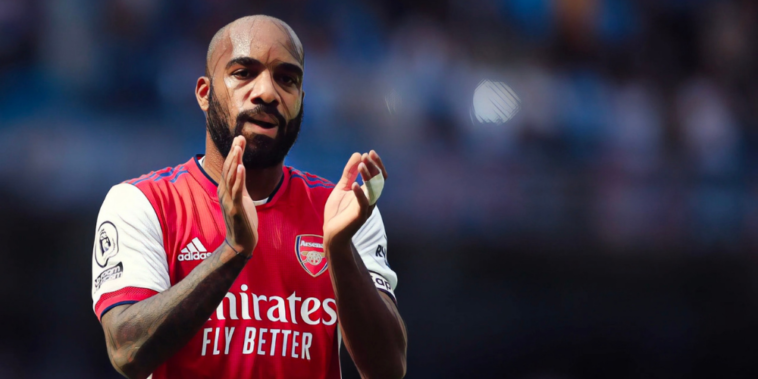 Mikel Arteta has praised the influence of Alexandre Lacazette after Arsenal confirmed that the striker would be leaving the club this summer.

The Frenchman is out of contract this summer after failing to agree a new deal, with Arsenal today confirming that the 31-year-old would end his five-year stint with the North London side.

Lacazette arrived at the Emirates back in 2017, completing a £46.5 million move from Lyon, before going on to score 71 goals in 206 appearances for the Gunners, winning the FA Cup back in 2020.

The striker is believed to have agreed a deal to return to Lyon, and speaking about the Arsenal number 9, Mikel Arteta was full of praise for Lacazette.

“Laca has been a fantastic player for us,” Arteta told the club website.

“He’s been a real leader on and off the pitch and has been a very important influence to our younger players.

“His commitment with us has been exceptional and we wish him and his family success and happiness.”

Arsenal have been linked with a number of strikers in recent months, including Dominic Calvert-Lewin, Richarlison, and Victor Osimhen.