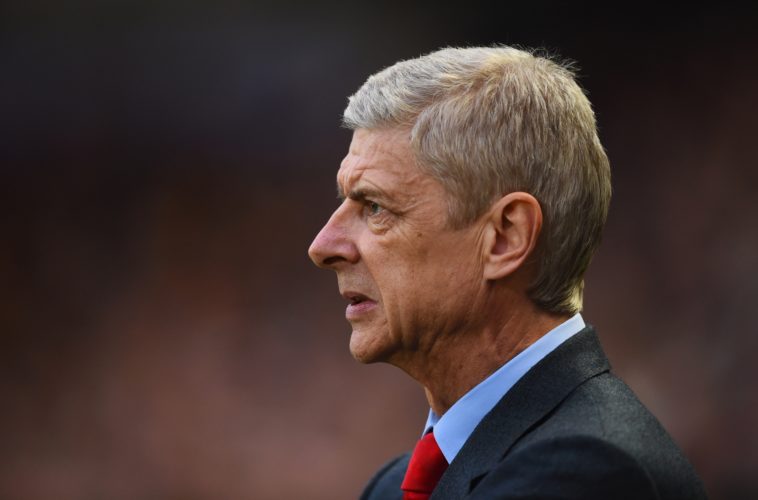 Arsene Wenger’s contract expires this summer and the Arsenal boss is yet to sign a new deal with the club that he has been at since October 1996. With this in mind, here are two reasons why Arsene Wenger should stay at Arsenal and two reasons why it is time for him to go.

Arsene Wenger should remain at Arsenal because…

Arsenal is his home

Arsene Wenger’s longest managerial job is at Arsenal. He has been there for 20 years. Before Arsenal, his longest job was at Monaco where he was manager for seven years. When Arsene Wenger came to Arsenal in 1996, his arrival was greeted with cries of ‘Arsene Who?’ However, after just one season in the Premier League, Wenger proved that he had adapted to English football very quickly indeed when he led his side to their first Premier League title. When you have been in one place for 20 years as Wenger has, it begins to feel like home. There is no doubt that Wenger is settled and comfortable at Arsenal and because of the success he has had with the club, he will probably be able to decide when he leaves rather than the club deciding for him. While it might seem like a good idea to change the manager, is there a manager out there who could love and understand Arsenal as much as Arsene Wenger?

So many players that Arsenal have signed over the years say that they joined the club because of Arsene Wenger. Chelsea midfielder and former Arsenal captain Cesc Fabregas described Arsene Wenger as the most important coach in his career because Wenger gave him that chance and made him a better player and person. Ian Wright is another former Arsenal player who has mostly good things to say about Arsene Wenger. He also believes that Wenger deserves a new three year deal because he has put a lot of faith in squads that have let him down badly. If Wenger left and a new manager came in, would he have the same ability to attract star players? Would his Arsenal players have such positive things to say about him? For example, Arsenal are in talks with Mesut Ozil to sign a new contract but the German playmaker does not want to commit his future to the club until he knows whether Arsene Wenger will also be signing a new contract. Arsene Wenger’s authority at Arsenal is unquestionable and is often put to good use but it will have to come to an end at some point.

Arsene Wenger should leave Arsenal because…

It’s time for a change

Arsene Wenger has become too predictable. When there is a controversial incident involving one of his players, you can guarantee he didn’t see it. However, when he believes that one of his players has been hard done by, he suddenly has x-ray vision. When his side draw a match which they would have been expected to win, such as the recent game against Bournemouth, he will talk about the “mental strength” of the team. Wenger’s substitutions are another very predictable thing about him. Unless a player is injured and therefore has to be replaced, Wenger very rarely makes a substitution before the 60th-75th minute mark. For some unknown reason, he is not a fan of early substitutions. This results in the substitutions sometimes being brought on too late to impact the game which is pointless.

He is ruining his legacy

There is no doubt that the last 10 years of Arsene Wenger’s reign have not been anywhere near as successful as the first 10. Wenger won the Premier League three times in his first decade at the club but he has not won it for 12 years. Arsene Wenger has won the FA Cup six times during his time at Arsenal. When Arsenal beat Manchester United on penalties in the 2005 FA Cup final, they went on a nine-year trophy drought before winning the 2014 FA Cup final against Hull City. I firmly believe that Arsene Wenger is still Arsenal’s manager because of the phenomenal success he had in his first ten seasons at Arsenal. The majority of Arsene’s highlights began in 1996 and ended in 2oo6. After that period, he only has two FA Cups to show for his second decade at one of the biggest clubs in London.

For so many Arsenal fans, myself included, Arsene Wenger is the only Arsenal manager they have ever known. They say be careful what you wish for, but I think it’s time for a change. I will always be grateful for what Arsene Wenger has done for Arsenal but the Gunners will not win the Premier League again with him in charge. Arsenal will be completely different without Arsene Wenger but it is going to happen sooner or later. His masters degree in Economics has kept Arsenal as one of the few clubs in financial solvency but the appetite for trophies needs to be revived. Arsenal fans want to see their club win the Premier League, especially when they pay so much to go and see them. Arsene Wenger has revolutionised English football and he will always be remembered for that. However, Arsenal need to stop clinging to the past and move on. A change is as good as the rest and once the hierarchy at Arsenal realise that, perhaps there won’t be such a divide between the incredibly passionate fans.

Should Arsene Wenger stay or go? Leave your comments in the box below, and share this article!