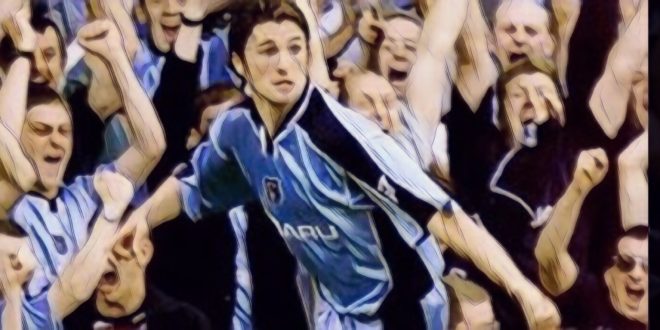 Travel troubles are nothing new for Premier League sides, with many a team throughout the division’s history having preferred home comforts.

Whilst making your home ground a fortress is often a priority for the league’s leading managers, ensuring your side can cope with the pressures of playing away is vital to securing the consistency to deliver success.

Away day woes are commonplace, but only a select few sides have ever been this bad on the road.

Rarely has a side ever suffered such a fall from grace in top-flight history, Leeds entered the inaugural season of the Premier League as champions of England before enduring a spectacular free-fall.

Howard Wilkinson’s title-winners became somewhat of a Jekyll and Hyde side, with the vast difference in their home and away performances a puzzling problem for the Yorkshire outfit.

Leeds would lose just once at Elland Road all season, bizarrely to a Nottingham Forest side that would finish bottom, but could not reproduce on their travels and failed to win all season on the road.

Their struggles away from home led to the club narrowly avoiding relegation with a 17th-placed finish, a huge decline from their status as league winners just the season prior.

Remarkably the second side on this list to fail to win an away game yet survive relegation, Coventry would finish as high as 14th despite their toils away from home during the 1999/2000 season.

Led by the goals of a young Robbie Keane, Gordon Strachan’s side would secure an impressive 12 victories at Highfield Road, their strong showings at home seeing the club finish comfortably clear of relegation worries.

The Midlands side would end their away day troubles with back-to-back victories at the start of the following campaign, though shakier form on home turf saw the club relegated from the Premier League at the end of the season – the Sky Blues yet to return to the top flight.

Wolves first return to the top flight since 1983/84 would end in miserable fashion, Dave Jones’ side struggling to cope with the step up to Premier League level and finishing bottom of the division.

A 5-1 thrashing at Blackburn on the opening day of the season was a sign of things to come for a Wolves team who failed to win a single away fixture, with equally humbling losses at the likes of Tottenham (5-2), Leeds (4-1) and Chelsea (5-2) amongst their torrid run.

Their wretched record saw the club sit in the relegation places for all but four weekends of the league season, the Midlands side eventually finishing seven points adrift of safety.

The following season would see another newly-promoted side seal their place on this unwanted list, Norwich failing to win any of their first 13 Premier League fixtures during a campaign of struggle for the Canaries.

Despite failing to win away from home all season, a positive run of results over April and May gave Nigel Worthington’s side a chance of survival, and the club were outside the relegation places on a tense final day that saw no team yet confirmed as relegated – the only time in the league’s history that this has happened.

Norwich needed their first away win as they travelled to Fulham on the final day, though their struggles away from Carrow Road reached new heights as they were thrashed 6-0 – ensuring an instant return to the second tier.

A record many believe may never be broken, Derby’s team of 2007/08 is officially the worst to have ever played in the Premier League.

Rarely has a team ever looked as out of their depth, the Rams winning just once in the entirety of the league season and finishing with just 11 points – an embarrassing 25 points adrift of safety at the season’s end.

Amongst their away day performances included conceding six at both Liverpool and Chelsea, whilst Arsenal (5-0) and Tottenham (4-0) also delivered some Premier League punishment.

Their winless run included just a paltry three draws, Derby relegated in infamous style and yet to regain their top-flight status.

Hull City’s first venture into the Premier League would come to an end after a two-season stay in 2009/10, the club’s woeful away record culminating in a 19th-placed finish and relegation to the Championship.

Despite a changing in management from Phil Brown to Ian Dowie, neither manager could stop the rot as the club continued to toil away from the KC Stadium.

A lack of a proven goalscorer – Stephen Hunt would finish as their top scorer with just six league goals – ultimately proved their downfall, Hull securing just six points away from home all season and suffering relegation alongside Portsmouth and Burnley.