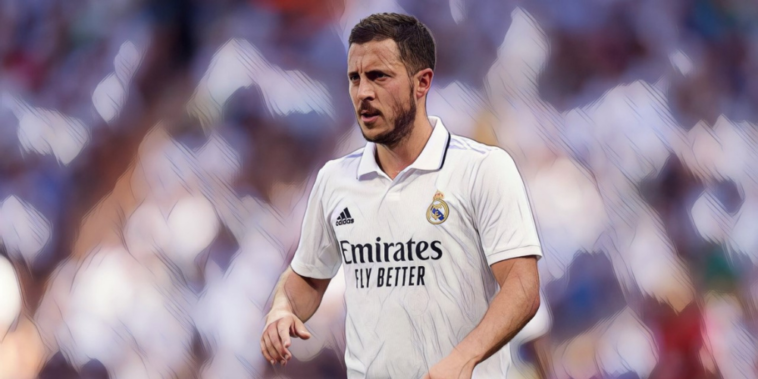 Arsenal are reportedly weighing up a move to sign Eden Hazard this month as the club consider alternatives to Mykhaylo Mudryk.

The rumour mill has reached overdrive with the January transfer window in full swing and the Gunners are being linked with a surprise move for the former Chelsea favourite.

Arsenal are pursuing a deal for Mudryk and have seen two offers turned down for the Shakhtar Donetsk winger, with the Ukrainian side demanding a fee of around £87m for a player who has excelled this season.

The 22-year-old was available for a fee of £25m last summer, but a run of impressive performances this season has seen his valuation rocket. He has ten goals and eight assists in 18 appearances this season and shone during the club’s Champions League group stage campaign.

Arsenal’s pursuit is also complicated by reported interest from Chelsea, who are keen to rival the Gunners for his signature. Media Foot are now reporting that Arsenal are considering a shock move to sign Hazard, with the Real Madrid star ‘considered as a plan b’.

The 32-year-old has endured a torrid time in Spain since leaving Chelsea in a deal worth around €100m. Form and fitness issues have plagued the Belgian, who has scored just four league goals in 51 appearances across four seasons at the Bernabeu.

Despite the report stating that Hazard retains a fine reputation in England after a decorated career at Chelsea, it is difficult to see how the winger fits into a new-look Arsenal side brimming with potential.

We’re sceptical on this one.