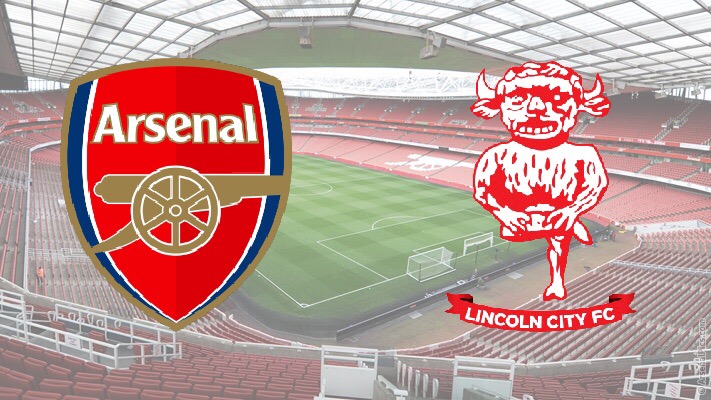 ​After a mid-week Champions League humiliation against the mighty Bayern Munich (10-2 on aggregate), Arsenal now face the next challenge in the form of Lincoln City.

Lincoln City are currently 88 places below Arsenal in the English Football pyramid. They come into this having already beaten Premier League opposition. They beat Burnley 1-0 in the FA Cup 5th round and  will be ready to deliver another major FA Cup upset this Saturday.

Arsenal however, have to respond now after two consecutive important defeats against Liverpool and Bayern Munich. A loss against Lincoln City would cause more problems and increase the criticism of Arsene Wenger.

Arsenal simply have to win the FA Cup to give the fans at least something to cheer about this season. The increasing discontent amongst the fans has unfortunately led to protests against the manager leaving Wenger’s future at the club in major doubt.

The team is very low on confidence at the moment and just don’t look to have the belief to win games. The protests, the future of important players and the manager at the club and many other questions have been circulating around this Arsenal team reflecting on their disappointing on field performances as well.

The Gunners comfortably dispatched Sutton United to set up the tie with Lincoln City. With the FA Cup now being the only chance of any silverware for Arsenal this season, Arsene Wenger nends to go all out to win the famous trophy for a record 7th time as a manager.

Rob Holding, Jeff Reine-Adelaide, Ainsley Mainland-Niles and Lucas Perez are all set to start for the Gunners while Wenger revealed on Thursday that Mesut Özil, Danny Welbeck and Alex Iwobi are all major doubts due to illness.

Lincoln loanee Lee Angol, who netted a hat-trick in their last match against Braintree Town, is ineligible. The striker is cup tied having already played in the competition this season for parent club Peterbrough United.

Dexpire Arsenal’s poor, I fully expect the Gunners to win comfortably. I predict a 3-0 victory against the non- league side and cruise their way through to the FA Cup Semi-Final.