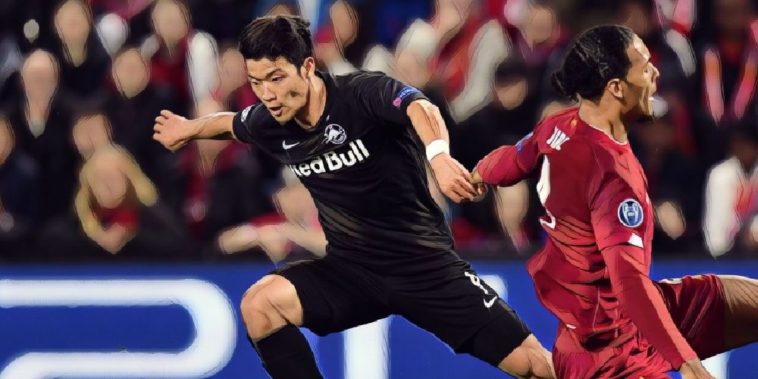 Arsenal are one of a number of clubs reported to be tracking Red Bull Salzburg forward Hwang Hee-chan.

The South Korea international starred in his side’s thrilling 4-3 Champions League defeat at Liverpool last week, notably, doing what most in the Premier League have struggled to do by getting past Virgil van Dijk before firing home his side’s first as they came back from a three-goal deficit to level at Anfield.

Mohamed Salah’s goal would eventually consign the Austrian outfit to defeat, but their impressive performance and exciting forward line have attracted the interest of some of Europe’s leading clubs.

Hwang is the latest star to have been linked with a move to a European giant, with the 23-year-old having scored seven goals in just 11 appearances for free-scoring Salzburg so far this season.

According to the Mirror, Arsenal are the latest side to be monitoring the forward, and scouts from the North London side are also said to have watched teammate Dominik Szoboszlai during the defeat on Merseyside.

Crystal Palace are also said to have shown interest in Hwang, with the versatile forward having spent last season on loan at German side Hamburg.