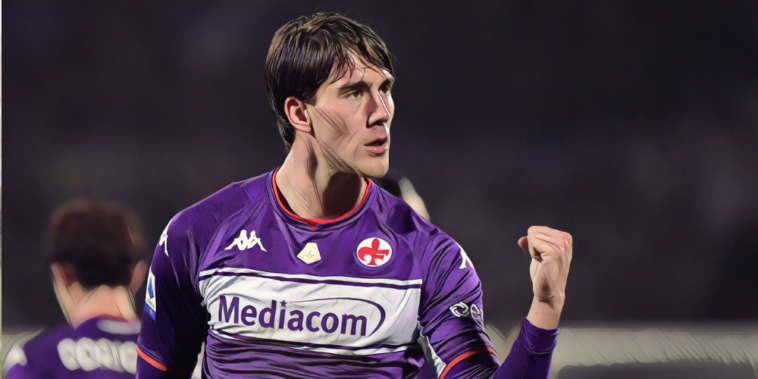 Arsenal have been dealt a blow in their pursuit of Dusan Vlahovic after Juventus made a bid to sign the Fiorentina forward.

Juventus have submitted a player-plus-cash offer to sign the Serbia international from their divisional rivals, with the fee understood to be €30m (£25.1m) plus midfielder Dejan Kulusevski.

Fiorentina are open to the sale of Vlahovic this month after the 21-year-old turned down a new contract with the Serie A side, the club keen to secure the highest possible fee for a player who has less than 18 months on his current deal.

The Times are reporting that Fiorentina value Vlahovic at around €75m (£62.8m), but the Italian side could be persuaded by the proposal that includes Kulusevski arriving in part-exchange with the 21-year-old a highly-rated talent.

Arsenal are interested in signing Vlahovic this month and have also considered a player-plus-cash offer with midfielder Lucas Torreira currently on loan at Fiorentina from the Emirates.

However, the Gunners now face a fight to convince the forward to move to North London following Juventus’ bid, as both clubs look to avoid competition from Europe’s elite this summer and conclude a deal this month.

Fiorentina will be reluctant sellers to their fierce rivals, however, following the backlash that greeted the sales of Federico Bernardeschi and Federico Chiesa to the Turin side in recent windows.

Vlahovic is the leading scorer in Serie A this season with 17 goals from 21 league appearances and equalled Cristiano Ronaldo’s divisional record for goals scored in a calendar year in 2021.

So juventus offer peanuts and a second rate player for vladhovic,and expect us to pay twice as much for ageing Arthur with an attitude problem🤔Please Juventus behave yourselves😡