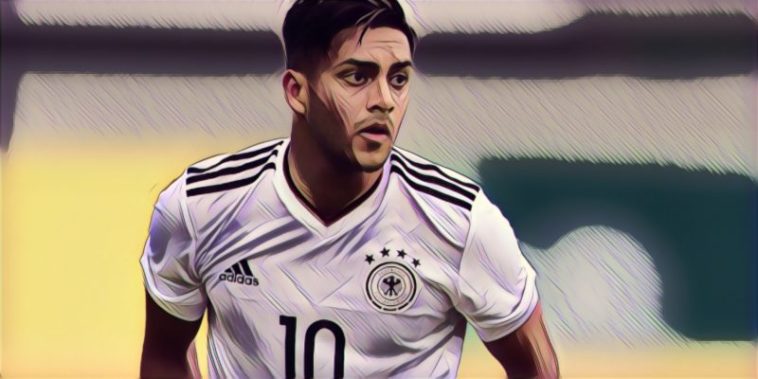 Arsenal and Tottenham are set to do battle for signing of Hoffeinheim midfielder Nadiem Amiri.

The German youth international has attracted the attention of the North London rivals and a clause in his contract means he could be signed for just £15m next summer.

The 22-year-old, who is yet to feature this season due to a foot injury, won the Euro-U21 Championships last summer with Germany and is believed to be open to a move away.

The playmaker could prove a replacement for Aaron Ramsey, who is set to leave after over a decade at the club, and Arsenal will be hoping their strong relationship with the German side will put them in pole position for Amiri’s signature.

The Gunners loaned Reiss Nelson to the Bundesliga side this season, with the Arsenal youngster thriving in German football.

According to Sport Bild Amiri’s cut-price availability has also attracted the interest of Mauricio Pochettino and Tottenham, who are keen for new additions after their summer inactivity. Hoffeinheim’s Bundelisga rivals Schalke are also reported to be keen on a deal.