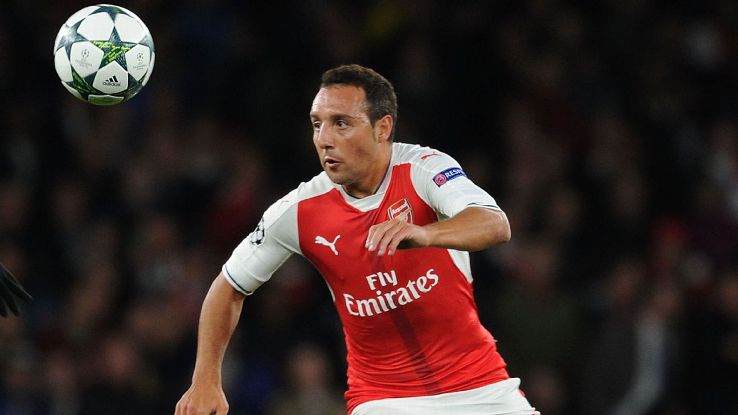 Over the past three seasons, Santi Cazorla has become a crucial part of the deep-lying midfield two at the Emirates Stadium and it was noticeable at how Arsenal’s title bid collapsed a year ago when the 32-year-old suffered a long-term injury. It’s been the same this year as well, with none of the midfield combinations tried by the manager since Cazorla’s injury in mid-October having seemed to have worked out for the Gunners.

When Cazorla is fit, he is a player whose brilliance on the ball is key. His ability to carry it forward through the thirds of the pitch, or break the opposition’s lines with his passes from deep, are key to how Arsene Wenger’s side like to try and progress up the pitch. He takes them to heights that are otherwise unreachable without him, and the Gunners have long since become all too dependent upon his genius.

The only footballers who come close to matching his array of skills, attributes and experience are already off limits, playing at the heart of teams at the very top of the game such as Bayern Munich, Barcelona and Real Madrid. The closest to a Cazorla-like midfielder Arsenal have, to fill in for his absence, is Jack Wilshere, who is currently on loan at Bournemouth.

The best part of having Santi Cazorla in the team is that he brings the best out of the players around him as well. Mesut Özil is a player who has depended upon Cazorla to play to his best this season and last season as well, and in the opening weeks of the campaign it even looked as though Wenger had perfected his formula to get the best out of the midfielder, with Sanchez roaming up front as the mobile focal point of the attack.

This, in turn, enabled the German to become more of a goal threat behind the Chilean. All of this before Cazorla was injured. When he is in the team, the creativity that comes from him and what develops from him is absolutely fantastic.

It was noticeable last season as well when Özil had registered 16 Premier league assists in the first half of the season before Cazorla got injured and post Cazorla’s injury. He ended up adding just there more to his tally with 19 assists at the end of the season.

Cazorla has an average passing accuracy of 90% over the last there seasons. He started this season very well, picking up there goals and two assists in eight games this season before he got injured.

The Coquelin-Cazorla midfield was working out well for Arsenal at the start of the season. Since then, Wenger has tried Xhaka-Coquelin, Xhaka-Ramsey, Ramsey-Coquelin, Elneny-Coquelin, Elneny-Ramsey and quite recently has included Alex Oxlade-Chamberlain as well in other combinations but none of them have quite worked. The importance of having Santi Cazorla in the Arsenal midfield is very clear

Arsenals dip in form, combined with Carzorla’s constant injuries means that the club should focus on signing a quality central midfielder this summer