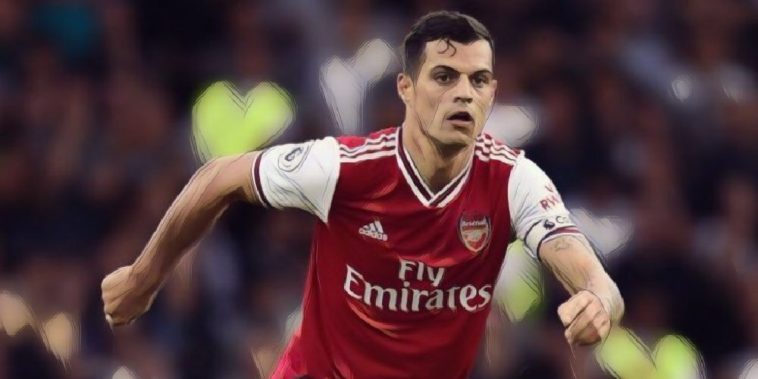 Arsenal midfielder Granit Xhaka has hit back at those who have criticised his performance in the wake of the North London Derby.

The Swiss midfielder was criticised by fans and pundits alike following his performances against Spurs, with the midfielder having stupidly given away a first-half penalty, as well as putting in a largely indifferent display.

During commentary, Gary Neville described Xhaka’s challenge on Spurs attacker Son as ‘absolute madness,’ while Arsenal legend Ian Wright said that the 26-year-old ‘doesn’t recognise danger’ in defensive situations, adding that ‘Joe Willock is pushing him’ for a place in the Gunners squad.

However, speaking on international duty, Xhaka hit back at the critics, saying that they only speak of the mistakes, though cynics would suggest they wouldn’t have to if he didn’t make so many.

“Of course critics are always here,” he told Sky Sports. “The north London derby, I think we had a good game. I made a mistake with the penalty but if you saw the game, we could have won.

“This is part of football.”

Wenger reveals desire to get back into football management