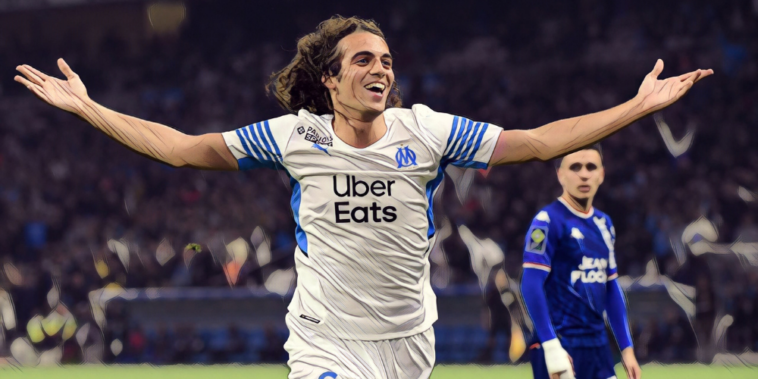 Matteo Guendouzi has admitted he is keen to remain at Marseille for the ‘long term’ once his loan from Arsenal expires at the end of the season.

Guendouzi is on his second successive loan spell away from Arsenal after falling out of favour under Mikel Arteta at the Emirates, spending last season with Hertha Berlin before signing for Marseille on a season-long agreement last summer.

The midfielder has emerged as a key figure at the Stade Velodrome and has been included in the senior France squad for November’s fixtures with Kazakhstan and Finland, having impressed this season with Marseille who are currently second in Ligue 1.

Guendouzi has now revealed his desire to remain in France beyond the end of the current campaign, admitting his intention to remain part of Marseille’s project for the ‘long term’.

“Today, I am on loan and still bound by my contract at Arsenal. But I’m totally focused on what to do with Olympique de Marseille,” he told RMC Sport.

“And yes, it’s a club with which I want to project myself into the future and I want to join in the long term.

“These are discussions that I had already had with the club before signing and I feel very comfortable there. And that’s why I want to continue to have fun at Olympique de Marseille.”