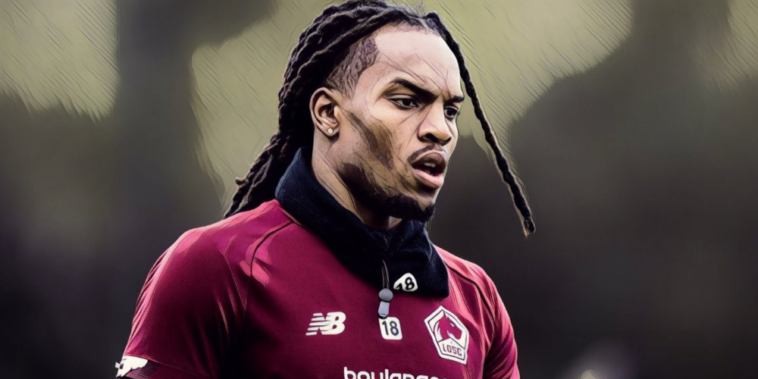 Arsenal are said to be considering a move to sign Renato Sanches from Lille, with the Gunners amongst a collection of European clubs interested in the midfielder.

Sanches is one the radar of Europe’s leading clubs following a renaissance since moving to France, forming part of the Lille side that were crowned Ligue 1 champions in 2020/21.

The 24-year-old – who was named as Young Player of the Tournament and winner of the Golden Boy after helping Portugal to success at Euro 2016 – is believed to be on Arsenal‘s radar ahead of the January transfer window as Mikel Arteta looks to strengthen his central options.

Le10 Sport are reporting that AC Milan are also strongly interested and have tabled an offer to Lille, with the Gunners facing strong competition for the dynamic box-to-box star.

The signing of Sanches would add depth to an Arsenal midfield that is set to be stretched this winter, with both Thomas Partey and Mohamed Elneny set to depart for Africa Cup of Nations commitments in January.

Lille are believed to be prepared to sell the midfielder – who has missed much of the current campaign through injury – should a ‘sufficient’ offer arrive during the winter window.

Barcelona previously expressed an interest in Sanches and allegedly agreed terms over a move with the player during the summer, though were unable to conclude a transfer agreement with Lille.