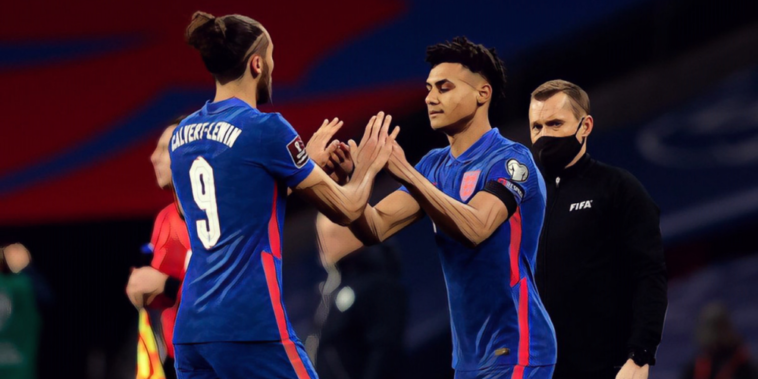 Dominic Calvert-Lewin and Ollie Watkins are said to be amongst Arsenal’s list of potential centre-forward replacements for Alexandre Lacazette.

Lacazette has entered the final season of his deal at the Emirates and has not been offered a new contract by the north London side, who have started the process of identifying a replacement for the 30-year-old and are seeking a youthful addition with Premier League experience.

The Sun are reporting that England internationals Calvert-Lewin and Watkins are on the Gunners’ radar, though both are under long-term contract at Everton and Aston Villa respectively and will not come cheap.

Calvert-Lewin scored 21 goals in all competitions for Everton last season and has established himself as a regular member of the England squad, whilst Watkins earned his first inclusion with the national side in March after impressing during his debut Premier League season at Villa Park.

Arsenal are unlikely to invest significantly in January following an expensive summer of recruitment, but Mikel Arteta will only allow Lacazette to leave in the winter window should a replacement be found.

Lacazette has made just two substitute appearances in the Premier League so far this season after contracting Covid-19 on the eve of the campaign, though Arteta is keen to ensure he does not leave the Gunners short of adequate cover for Pierre-Emerick Aubameyang at centre-forward.