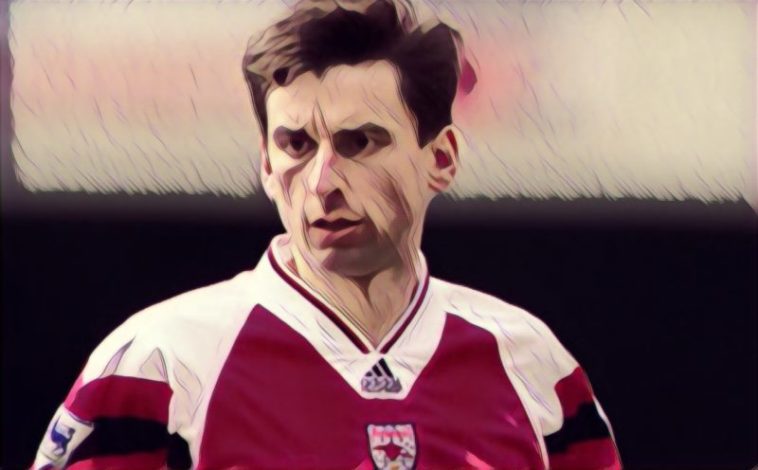 Arsenal legend Alan Smith has revealed the details of how legendary Manchester United boss Sir Alex Ferguson tried to bring him to Old Trafford back in 1987.

Former England striker Smith had made a name for himself with Leicester City, which convinced Fergie to attempt to try and sign him, although as he explains in his newly released autobiography, ‘Heads Up: My Life Story’, he had already made up his mind up to move to Arsenal.

Smith would enjoy plenty of success with the Gunners, winning two First Division Titles and he has since gone on to become one of Sky Sports most popular Premier League pundits.

‘The phone rang. It was around half past seven one winter’s evening in early 1987. I was sat in the living room with Mom and Dad, just about to watch Coronation Street, a habit in our family since the series began,’ Smith writes.

‘Mom went to answer the phone, which sat on a small table out in the hall. After a few seconds she returned to the lounge.

‘”Alan, it’s Alex Ferguson,” she said, a little hesitantly. “He says he wants to speak to you.”

‘”What, the Alex Ferguson, Mom?” I was shocked to say the least. “Do you mean the Manchester United manager?”

‘”Hello?” I said, nervously picking up the phone.

‘”Yes, hello, Alan. Alex Ferguson here. Alan, I know Arsenal are interested but I’d like you to wait till the end of the season. I want you to sign for Manchester United.”

‘In fairness, Ferguson’s revelation should have made me think. You don’t turn down a club of that stature lightly, even if they are suffering at that particular time. Sure to recover eventually, they may never come knocking again. But I was unequivocal that night talking to their manager.