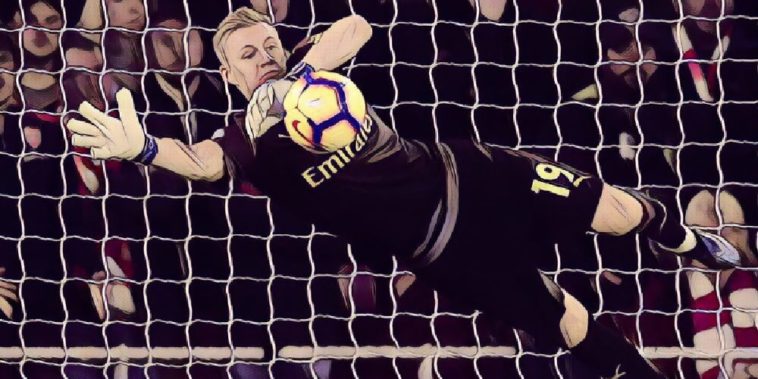 Arsenal goalkeeper Bernd Leno has said that he was disappointed that his side were unable to get all three points in their game against Wolves on Sunday.

The 1-1 draw with the Black Country club extended Arsenal‘s unbeaten run in all competitions to an impressive 16 matches, although the Gunners left it late to secure a point, with former Manchester United midfielder Henrikh Mkhitaryan scoring an 86th minute equaliser after Ivan Cavaleiro gave the visitors a 13th minute lead.

“I think both teams had many choices and at the end we could have won or lost, so the result is okay for the performance,” Leno told Arsenal Media.

With the scores at 1-0, Leno pulled off a fine save to prevent Nuno Espirito Santo’s side doubling their lead, and despite it being a crucial stop, the German said he was disappointed that they couldn’t win.

“I think if we conceded the second goal then the game would have been finished so it was important to concede just the one goal so that we had the chance to at least draw. At the end we could have won this game.

“Of course we are 16 games unbeaten, but we have to win these games because these games at home are very important. Today the result is a little bit disappointing.”

The result leaves the Gunners in fifth place in the Premier League, three points behind North London rivals, Spurs.