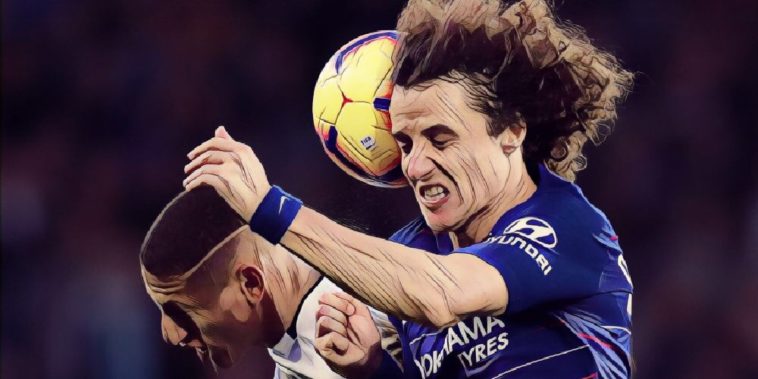 David Luiz has described Everton’s marking as ‘amazing’ after they held Chelsea to a 0-0 draw at Stamford Bridge on Sunday afternoon.

Despite the look of the scoreline, it was far from being a bore draw, with both sides trying to play attacking football throughout. While Chelsea had the lions share of possession and chances, they found Marco Silva’s Toffees difficult to break down.

On the few occasions that they did find a way through the Everton defence, they were only to be greeted by the staunch resistance of England number one Jordan Pickford, who pulled off a number of fine saves.

Upon looking back at the encounter, Brazilian defender David Luiz was in admiration of the way the Merseyside club stopped them from playing:

“We controlled the game,” he told the Chelsea website.

“The marking from Everton was amazing. They blocked the space in the middle so we didn’t have a lot of combinations in the middle and from the sides, and in the end they were a bit lucky because we tried to score but didn’t score.

“We did everything to try to win. Sometimes it’s possible, sometimes it’s not, and we’re still there, trying to be at the top of the table so we’re going to fight until the end.”

The result sees Chelsea slip to third in the Premier League, four points behind Man City and two behind Liverpool.