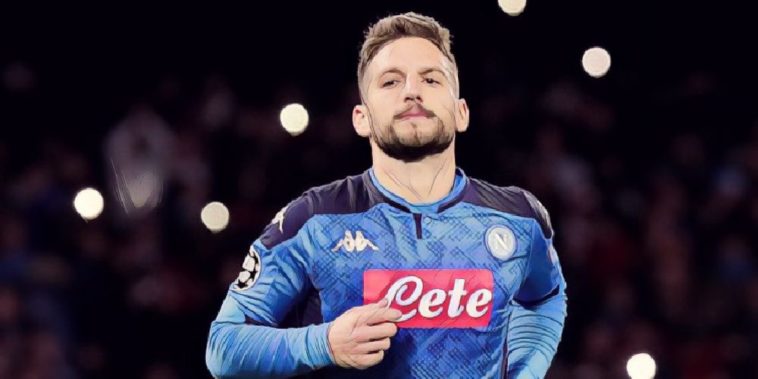 Arsenal have apparently joined the race to sign in-form Napoli forward Dries Mertens ahead of the January transfer window as new manager Mikel Arteta looks to strengthen his squad.

The Belgium international has entered the final months of his contract at the Serie A side and could leave the club in the winter window, with it looking increasingly unlikely that he will be offered an extension to extend his stay in Naples.

Mertens joined Napoli from PSV Eindhoven six years ago and has enjoyed a hugely successful stay in Italian football, scoring 118 goals in competitions to trail Marek Hamsik by just three goals as the greatest goalscorer in the club’s history.

According to Calciomercato, however, Napoli are now willing to cash in on the 32-year-old with a host of clubs interested in securing a deal for the versatile forward when the transfer window opens next month.

German giants Bayern Munich and Borussia Dortmund are two of the clubs reported to have expressed an interest, while Manchester United have also been linked, with Arsenal now likely to compete with to sign Mertens for a fee in the region of €10m.

Mertens has scored nine goals in 21 appearances in all competitions this season and would provide further firepower to Arsenal’s under-performing side, the player capable of playing in a variety of attacking positions.

It remains unclear how much money Arteta will be given to reinforce his squad, though Mertens would prove a low-cost, low-risk option as he bids to turn the club’s fortunes around.

Read – Premier League Team of the Week for gameweek 18