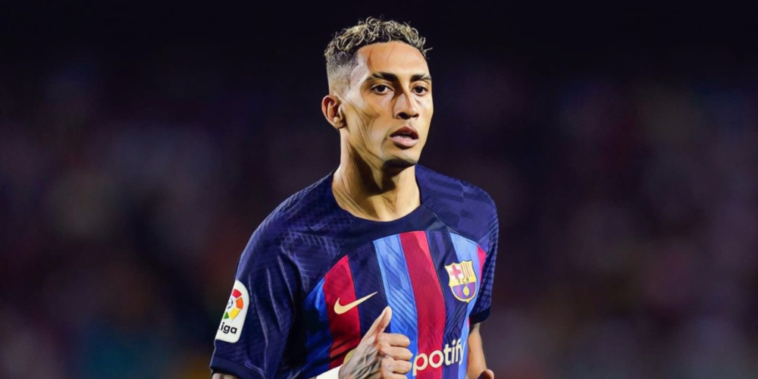 Arsenal are said to be interested in deals to sign Raphinha and Ferran Torres from Barcelona as the club look to improve their options in the final third.

The Gunners are exploring the possibility of signing the duo after seeing Chelsea hijack their move to sign top target Mykhailo Mudryk from Shakhtar Donetsk.

Arsenal had been in negotiations with the Ukrainian side over a deal for Mudryk, who has instead signed a long-term contract at Chelsea after the west Londoners outbid Mikel Arteta’s side to secure an £88m deal for the winger.

According to 90min, Raphinha and Torres have now emerged as alternatives. Arsenal were interested in a deal to sign Raphinha from Leeds last summer, but the Brazil international spurned interest from the Premier League to move to Spain.

However, the 26-year-old has underwhelmed since the move to the Camp Nou, having made just seven league starts for the La Liga leaders.

Torres has also struggled for regular minutes at Barcelona this season following the summer arrival of Robert Lewandowski from Bayern Munich.

The Spain international has five goals in eight starts across all competitions and is comfortable in a number of roles across the forward line. Torres previously spent 18 months at Manchester City and scored 16 goals in 43 games for the club before a €55m transfer to Barcelona in January 2022.