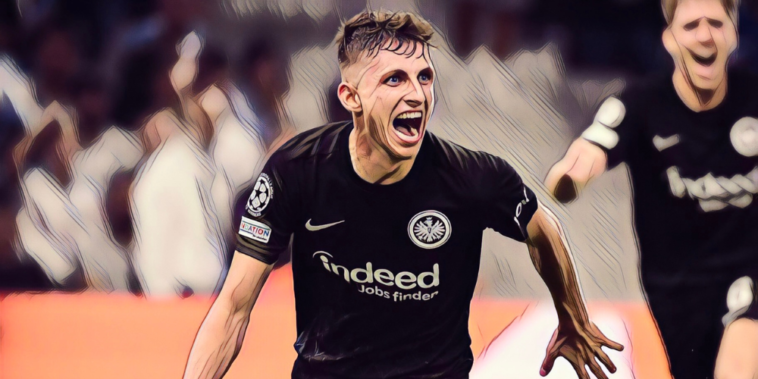 Arsenal are interested in a deal to sign Jesper Lindstrom and have reportedly opened talks with Eintracht Frankfurt over a January deal for the winger.

Mikel Arteta’s rebuild at Arsenal is set to continue into the winter window with the signing of a new wide player on the club’s agenda. Reports in Germany, via Bild, are reporting that the Gunners are tracking Lindstrom ahead of a potential move.

Lindstrom was named as the Bundesliga’s Rookie of the Season in 2021/22 after an impressive first season at Frankfurt, in which the 22-year-old scored five goals and laid on a further four assists in 26 league starts.

The Denmark international also helped Frankfurt to Europa League success and started the final win over Rangers in May.

Lindstrom is valued in the region of £17m at Frankfurt and would provide a versatile option to the Gunners’ squad, with the youngster comfortable on either flank or in the number ten position.

Arsenal are in search of additions following Nicolas Pepe’s loan exit to Nice, while summer signing Marquinhos could also be allowed to leave on loan to aid his development.