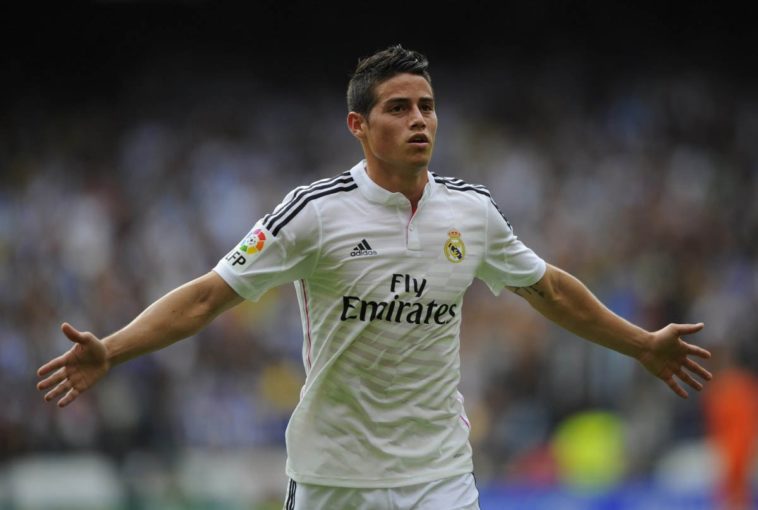 The speculation surrounding the future of Arsenal forward Alexis Sanchez continues, but the club have already identified a potential replacement.

Sanchez has been linked with moves to Chelsea, Manchester City and most recently, Bayern Munich as his contract winds down into its final year at the Emirates.

However, according to Transfer Market Web, the Gunners have already identified Real Madrid playmaker James Rodriguez as a potential replacement for their Chilean number seven.

James Rodriguez is frustrated at the lack of first team chances at the Bernabeu, and despite scoring two first half goals against Granada at the weekend, he could be set to leave this summer. Manchester United, Chelsea, Paris Saint-Germain are all thought to be interested in the Columbian, and Arsenal have now joined the race for his signature.

Arsenal would have to pay in the region of £50million to sign the attacking midfielder who was one of the star performers at the 2014 World Cup in Brazil, prompting a £70million move from Monaco to the Spanish Capital.

Will Sanchez leave Arsenal? Is James Rodriguez a suitable replacement? If he leaves Real Madrid, where will he end up? Leave a comment below.