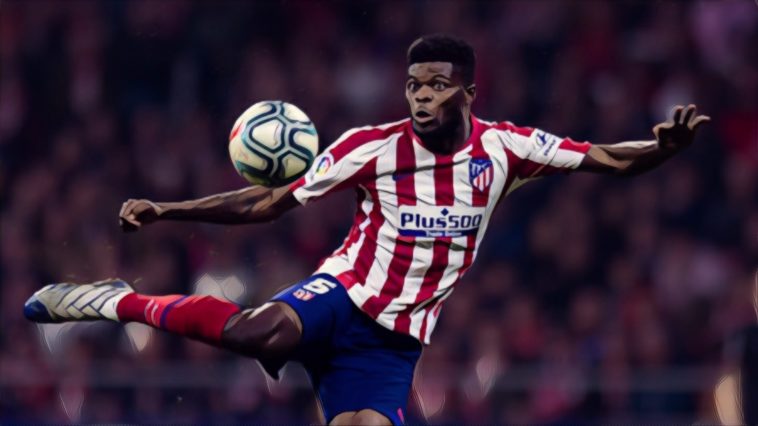 Arsenal are considering a summer move to sign Atletico Madrid’s Thomas Partey with the midfielder possessing a release clause of £45m in his contract.

The Ghana international has become a key figure in the Atletico side in recent years and starred during the club’s Champions League victory over Liverpool in mid-week, with Arsenal now ready to launch a move for the combative star as they look to bolster their defensive midfield options.

According to the Telegraph, the 26-year-old’s contract includes a release clause valued at £45m at the Wanda Metropolitano and Atletico are now braced for offers this summer, a source at the Spanish side having revealed there is “interest from an English club”.

The interested party is believed to be Mikel Arteta and Arsenal, the Spaniard keen to reinforce his midfield this summer and views Partey as the ideal solution to strengthen the spine of his developing team.

Partey has been with Atletico for the past five seasons and previously spent loan spells at the likes of Real Mallorca and Almeria, and he has scored 13 goals in 161 appearances in all competitions for Diego Simeone’s side.

Arsenal’s potential lack of Champions League football could hinder their hopes of persuading Partey to move to the Emirates, however, as the midfielder would likely wish to retain his place amongst one of Europe’s elite sides.