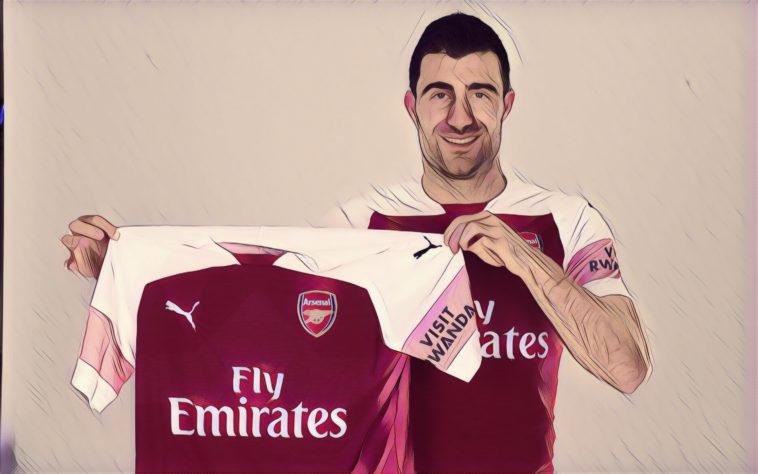 “Greek international Sokratis Papastathopoulos has joined us on a long-term contract for an undisclosed fee,” A statement on the Arsenal website reads …

“The 30-year-old arrives from Borussia Dortmund, where he won two Bundesliga titles and one German Cup. The hugely-experienced defender lists Werder Bremen, AC Milan, Genoa and AEK Athens among his previous clubs.”

The Greece international will join up with his former Borussia Dortmund teammates Henrikh Mkhitaryan and Pierre-Emerick Aubameyang, who both moved to the Emirates in January, and he has revealed that the pair have already been in regular contact with him to convince him to join, explaining that the club is ‘one big family’:

“I spoke [to them] a lot times. They said to me the best things about this club, that it is one big family and of course they also called me not every day but a lot of times telling me to come here,” he told arsenal.com.

For those fans worried about how to pronounce his name, worry not, as he has revealed he is usually just referred to as Papa. He told the Arsenal website “People in Dortmund and my team-mates called me ‘Papa’”.

Also you don’t have to worry about having to pay per letter to have his surname printed on the back of your shirt, as the Gunners have confirmed he will continue to have ‘Sokratis’ on his shirt, and he will wear the number 5.

He becomes the third signing of the summer, joining Bernd Leno and Stephan Lichtsteiner to arrive as new boss Unai Emery looks to rebuild his squad after replacing Arsene Wenger.