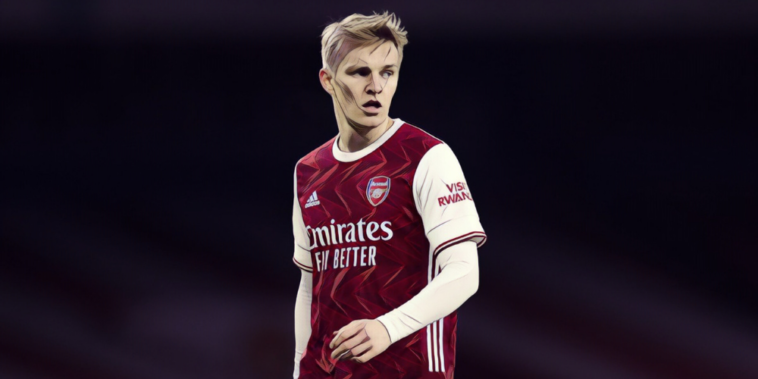 Arsenal are close to agreeing a deal to sign Martin Odegaard from Real Madrid.

Odegaard spent the second half of last season on loan with the north London side and has remained a leading target throughout the summer transfer window, as Mikel Arteta seeks to add creativity to his midfield options.

The fee for the Norway international is set to be around £34m and Odegaard will sign a five-year deal at the Emirates, having failed to break into Carlo Ancelotti’s plans at Real Madrid ahead of the new season.

The Guardian are reporting that Odegaard has already agreed personal terms on the switch with Arsenal’s sale of Joe Willock to Newcastle last week in anticipation for the 22-year-old’s return on a permanent deal.

Odegaard made 20 appearances for Arsenal during his loan spell last season, scoring twice and providing a further two assists.

The deal for the Norwegian is likely to end Barcelona’s hopes of offering Philippe Coutinho to the club in part-exchange for Arsenal captain Pierre-Emerick Aubameyang, though the Gunners could potentially still negotiate regarding a different profile of player.