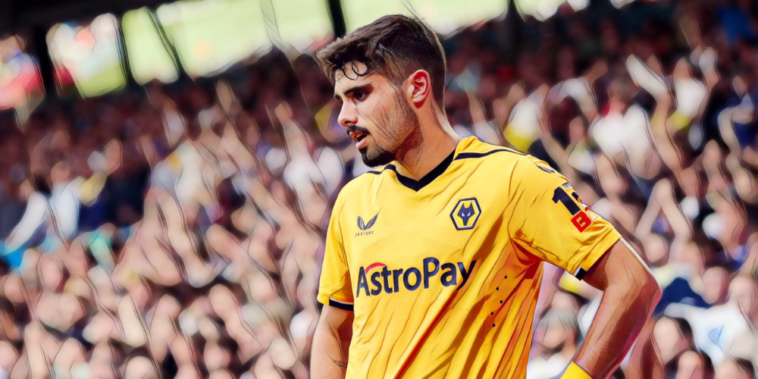 Arsenal and Manchester United have been ‘offered’ the chance to sign Wolves’ winger Pedro Neto.

Jorge Mendes has reportedly offered out the services of the 22-year-old to Premier League rivals, following Neto’s return to full fitness after an ACL injury impacted his 2021/22 campaign.

Mendes has touted the services of his client to the United, who remain in search of reinforcements ahead of the final weeks of the window. United were priced out in their attempt to sign Antony from Ajax and could turn to Neto as a potential alternative.

Cristiano Ronaldo’s uncertain future has also heightened the need for attacking reinforcements before the deadline.

The Express are reporting that Arsenal have tracked the progress of the Portugal international and could renew their interest in Neto.

Mikel Arteta has been active in the transfer market this summer and has bolstered the Gunners’ squad with a number of new arrivals, though the north Londoners are understood to want to sign a winger.

Arsenal have also been linked with Villarreal’s Yeremy Pino, who is also believed to be attracting interest from Chelsea.