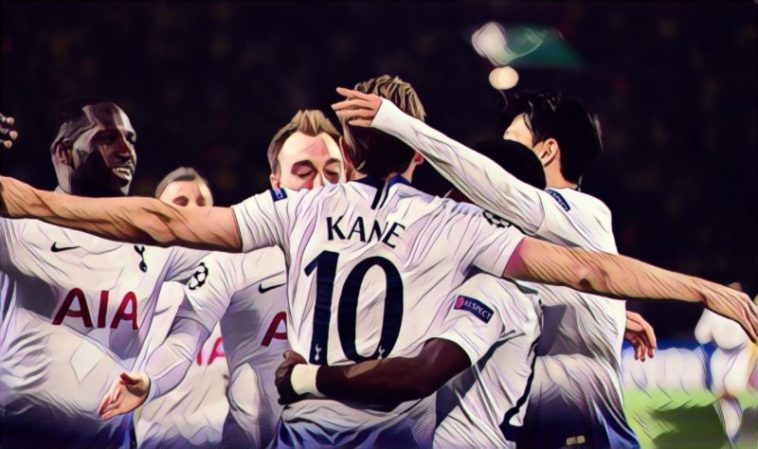 Tottenham’s notoriety as a spineless advisory has long since haunted the North London giants, with mediocre league finishes during the nineties and noughties, coupled with just two trophies in the last 28 years, contributing to the club’s flaky reputation.

Premier League and European performances have improved since the appointment of Mauricio Pochettino in 2014 but recent poor results and just one point from three top-flight games has once again called into question Tottenham’s character.

Up until last Saturday, this season has seen Tottenham further develop their fragile backbone as they kept pace in arguably the most competitive title race in Premier League history, with City and Liverpool both on course to eclipse 90 points.

Spurs sat just six points behind their big spending title rivals but last week’s slip-ups have left them in a battle for a top four spot, leaving some fans frustrated that they have yet again hit their ceiling, falling short of a serious title challenge and are stuck in a repetitive cycle.

However impressive Pochettinho’s successes, his failure to secure a trophy threatens to become an eternal asterisk on his time at Spurs. Last season’s FA Cup semi-final clash with Manchester United in particular, felt like a potential watershed moment for Spurs.

The game was an opportunity to overcome a side they had blown away at Wembley earlier in the year and reach their first FA Cup final since 1991. And yet, somewhat predictably, the tie ended with Jose Mourinho smugly smirking down on Pochettino after overwhelming the Argentinian’s side and furthering the narrative that Tottenham’s talented but inexperienced squad was too often outdone by more inexperienced top-six rivals.

Even Pochettino’s new and improved side have struggled to outrun Fergie’s infamous “Lad’s, it’s Tottenham” team talk and Spurs’ reputation as perennial bottlers.

Battling against the odds

Despite these permutations, Spurs have in fact consistently over-performed over the last few seasons. To understand their achievements, you must appreciate the context of their performances. During the 2018 season break, Spurs became the first side not to sign a player since transfer windows were introduced in 2002. This coupled with their already comparatively limited squad leaves Spurs’ title charge at a disadvantage to their title rivals star-studded squads, with Manchester City and Liverpool substantially improving their squads with big money summer arrivals.

Their limited squad has been further exposed by injuries to key players with Harry Kane, Christian Eriksen, Dele Alli, Hugo Lloris, and Lucas Moura all facing prolonged spells on the sidelines at some point this season and Heung-Min Son jetting off to the Asian Games for a month.

In the face of these adverse conditions, Spurs’ big players have stepped up and delivered, with Son and Eirksen, in particular, having excellent campaigns. A series of late goals have earned points that, at times, their performances have not deserved.

The side’s doggedness and never say die attitude has left Spurs ahead of big spending Chelsea and Manchester United – despite playing away from their White Hart Lane all season – and demonstrates Spurs’ ever-growing ability to grind out results in difficult circumstances.

Performances in Europe have furthered Spurs’ development from a second-tier side into a truly top-level team. Their 3-0 victory over Dortmund was their first knockout victory since the beat Milan at the San Siro in 2011, closely followed by their second at the Signal Iduna Park.

This statement victory is another European landmark for Spurs and their continuous development in the competition under Pochettinho has enhanced the club’s reputation around Europe.

The Argentine’s ability to manage his small squad to fight on two fronts has been aided by a change in the player’s mentality, with the squad now believing – and playing like – they belong in Europe and dominating many top six sides in the league. This improvement is a far more challenging achievement than winning the odd League Cup.

Tottenham’s self-doubt has evaporated and been replaced by the kind of savvy know-how required to succeed in Europe’s biggest competition.

The ability of Eriksen to dictate a game’s tempo coupled with Son’s pace has allowed Spurs to overpower opposition, with Harry Kane just as ruthless as ever in front of goal.

Big players such as these along with an experienced manager have ensured Spurs have developed season on season from surprising top four contenders to Champions League last 16 regulars in just four years.

This European development has helped Spurs move away from their ‘Spursy’ nature into an assured staple of the Champions League, an evolution no mere trophy could bring.