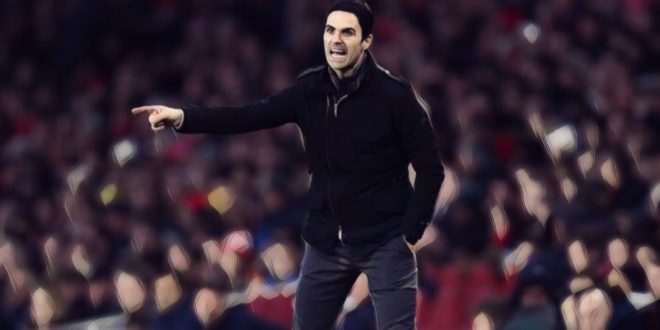 Are top Premier League clubs shifting towards the next generation of rookie managers?

Sunday afternoon’s dramatic London derby between Arsenal and Chelsea was a unique watermark in the long proud history of two stalwarts of English football.

It was significant as it’s normally a derby match in which we are accustomed to seeing managerial titans patrolling the dugout, however, this latest instalment saw two young, suave coaches with combined Premier League experience of precisely 22 games.

Frank Lampard and Mikel Arteta may have had a ton of playing experience in this kind of high stakes fixture, but as managers, they are the definition of rookies in their respective, highly demanding Premier League posts. For two of England’s biggest and most ambitious clubs to have vested their interests in managers without the normal prerequisite experience is a highly significant and interesting development.

With the stakes for success so high, the consequences for failure are often dire. The normal trend in the Premier League since it’s inception and subsequent evolution into the financial zenith of footballing success has been to hire the best and most high profile coaches for the top jobs; of course with a few notable and infamous recruitment hiccups along the way.

However, the big six clubs have traditionally gone for men with records that ooze trophies, success and the very highest of coaching standards.

Whenever an appointment has been made that is slightly left of field in terms of experience or reputation, results are often mixed. Tim Sherwood’s appointment at Spurs in 2013, initially as an interim basis, saw an enthusiastic young coach take the reigns of an increasingly ambitious project. The then 43-year-old former England international had no prior managerial experience whatsoever, let alone at a big club, and duly lasted just 28 games in North London.

When Brendan Rodgers took the helm at Liverpool in 2012 few could deny the man had worked minor miracles at Swansea City and brought a compatible brand of football to the Merseyside club.

Many point to a very near miss of the title in 2014 but this fleeting success was sandwiched by two seasons of, at best, sluggish development. His man-management was praised by some but he fell out with senior pros like Daniel Agger and Pepe Reina, whilst his lack of major honours saw high profile players like Raheem Sterling leave for Manchester City in 2015.

By the time the axe fell barely a quarter of the way through his fourth season, there was a common consensus that Rodgers was a good coach but perhaps the job was too big for him at the time.

Of course, none of this means that Lampard or Arteta are destined for failure as managerial rookies at top clubs. However, it does point to a rocky road that does not always yield top class results right away.

Arteta is a highly respected young coach, credited with improving the technical abilities of the likes of Raheem Sterling and Kyle Walker.

Pep Guardiola granted his fellow countryman a certain amount of autonomy behind the scenes at the Etihad and he has always spoken highly of his former assistant, ever since he first sought his advice on how to take on Chelsea in the Champions League whilst he was still at Barcelona back in 2o12.

Similarly, Frank Lampard won plenty of praise for his refreshing, ambitious football as Derby County manager in 2018-19. His results at Chelsea so far this season have been good, barring a few dodgy home defeats.

However, the Pensioners remain in fourth place at the time of writing and successfully navigated a tricky Champions League group stage in the first half of the season.

The young coach has also been praised for his development of exciting youngsters such as Fikayo Tomori, Tammy Abraham and Mason Mount who have been given playing time and subsequently flourished at Stamford Bridge, albeit in the wake of an inhibiting transfer embargo.

There are other indicators that top football institutions in these isles are following suit and happy to work with less glamorous managerial names. Rangers recorded their first Old Firm victory for nine years last weekend with a 1-2 win over Celtic.

Under the guidance of their rookie boss Steven Gerrard, the Gers have lost just three times in 28 European matches and have reached the Scottish League Cup final. His current contract at Ibrox runs to 2024, conveniently running out at the same as Jurgen Klopp’s current deal at Anfield; coincidence or stage management?

Manchester United too have persevered with Ole Gunnar Solskjaer, another club legend, who replaced Jose Mourinho in December 2018, despite having a CV that documented relegation with Cardiff City and only fleeting success with Molde in Norway.

The jury remains very much out on the former crowd favourite striker’s tenure in the Old Trafford dugout, but the club’s hierarchy remains committed to their young manager for now.

Whether or not we are about to see a new era of younger, riskier managerial appointments remain to be seen. As always results will normally govern the future of these fledgeling next generation coaches. There is also plenty of evidence going the other way.

Liverpool, Spurs and Manchester City have arguably three of the best and most high profile football managers in the business as it currently stands.

Jose Mourinho was quickly sworn in to replace Mauricio Pochettino at Spurs in November with the North London club keen to remain in the Champions League equation next season after a decidedly awful start to 2019-2o. Clearly no rookie was going to be given their big shot this time around.

Even Lampard’s appointment at Chelsea last summer can be viewed as a marriage of convenience given the transfer ban blighting the club’s appeal to the very highest calibre of available managers at the time.

However, as a new decade beckons for the Premier League, we may well see more fresh-faced managers come blinking into the glowing lights and smouldering cauldrons of the top jobs at the big six clubs in English football.

The success of these young pretenders in their current posts could well create a pathway for other young coaches, a pathway that had previously only be accessible to experienced managers boasting CV’s packed with silverware.

Read – Best of the 2010’s: Premier League Team of the Decade