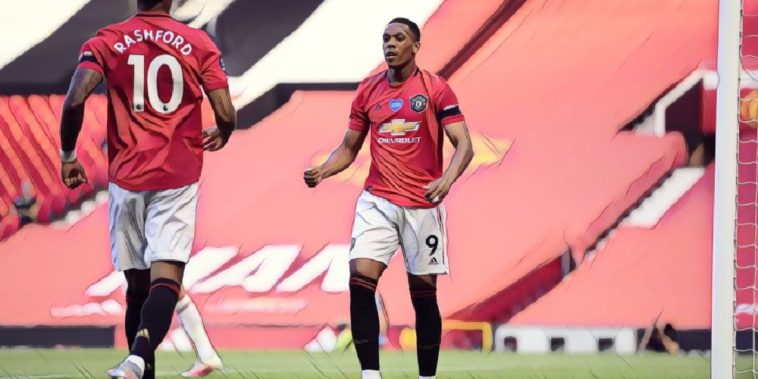 Manchester United kept up the pressure on fourth-placed Chelsea in the race to secure Champions League football with a comfortable victory over the Blades on Wednesday evening, Martial scoring twice in the first-half before a clinical chipped finish completed his treble and sealed all three points for the hosts.

Martial’s hat-trick took his personal tally to 14 goals in the Premier League so far this season, and his treble was the first time a Red Devils player had taken home the match ball for more than seven years, Robin van Persie’s title-clinching hat-trick in 2013 the last time a United player did so.

Speaking post-match, Solskjaer was full of praise for the 24-year-old following his ruthless display of finishing, lauding the forward’s development as a central striker and describing his performance as ‘exceptional’.

“Very pleased with Anthony’s development, and he knows that we want him to do well,” Solskjaer told MUTV.

“We work with him, we work with all the forwards on finishing, and today he got the reward for all the hard work that he’s put in. His pressing goes unnoticed.

“Today, I think he was exceptional. I think against Tottenham as well, the pressing he showed from the front was really good, so very happy with Anthony.”

The United boss was particularly impressed with the goal that clinched Martial’s hat-trick, a delightful chipped finish that demonstrated both ice-cool composure and quality.

“Ah it was excellent, that’s Man United,” Solskjaer continued. “It’s just bad that he can’t celebrate it with live people, a live audience, our supporters. You miss that, and that’s probably one thing that he will always remember, his first hat-trick for the club.”

Manchester United are next in action this weekend when they travel to face Norwich in the quarter-finals of the FA Cup on Saturday, whilst Sheffield United meet Arsenal in their last eight tie on Sunday.