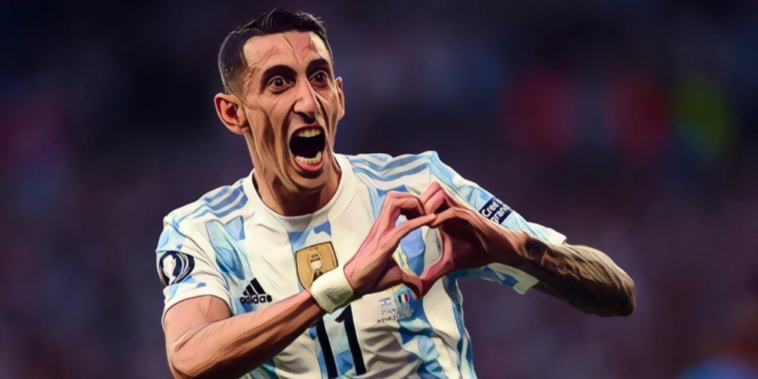 Angel Di Maria is set to snub interest from Juventus and join Barcelona on a free transfer.

Di Maria is set to become a free agent when his contract at Paris Saint-Germain expires this month and has received a proposal from Juventus to move to Turin.

The Argentina international turned down an initial offer from the Italian side of a two-year deal, before the Bianconeri tabled a second proposal of a one-year contract with an option for Di Maria to extend for a further season.

The Daily Mail are reporting that the 34-year-old is stalling on Juventus’ offer amid interest from Barcelona however, who are keen to bring the former Real Madrid winger back to Spanish football.

Di Maria – who scored five goals and provided seven assists in Ligue 1 last season – is keen on the move despite his past links to Real Madrid and could become the latest name to have starred on both sides of the El Clasico divide.

Barcelona have informed Di Maria of their interest, but are waiting on a cash injection after agreeing to sell a percentage of future merchandise and TV rights as the club desperately look to raise funds and ease their debt.

The Spaniards are working under financial restrictions imposed by La Liga at present, a situation which has stalled moves for the likes of Robert Lewandowski, Bernardo Silva and Raphinha.

Juventus are understood to have demanded an answer from Di Maria this week with the club keen to move on to alternative targets should the Argentine reject a move to the Allianz Stadium.

Di Maria signed for PSG in a £44m deal from Manchester United in 2015 and won 14 major trophies across his seven seasons in Paris.