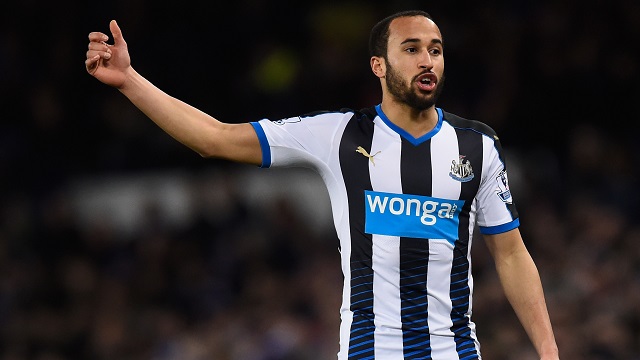 With the championship title race between Newcastle and Brighton being so tight, Rafael Benitez is keen to bring winger Andros Townsend back to Tyneside just six months after departing to London for Crystal Palace.

Townsend joined the magpies fully aware of the situation that the club were in; they had to stay up. Unfortunately, Newcastle were relegated from the Premier League and two months later Palace opened talks with the player after they matched the £12 million release clause in his contract. This marked the end of his short spell in the North East.

Fans across the city of Newcastle were distraught to see the England international leave simply because of his commitment and contribution towards the club’s survival bid last campaign. During his time in a black and white shirt he made two assists and scored four goals from wide midfield including his sensational free-kick goal against Crystal Palace.

However things have not got off to a great start with the Eagles so far this season as he has recorded only one goal and an assist this season, along with being dropped from the starting eleven a number of times under Alan Pardew, and now current boss Sam Allardyce.

Reports from several newspapers say that Townsend has admitted that he made a mistake in leaving Newcastle so soon. In addition to this, he liked a tweet from a Newcastle supporter on Twitter which showed a video of his goals playing for the Mags. The caption read, “Would you bring this boy home?”

Speculation over his potential return has caused mixed emotions from the fans, some saying that he would help Newcastle on their way back to the Premier League and some say that he betrayed the club by not staying put and representing them in the Championship at the start of the 2016/2017 season. Personally I think if he was to re-sign for Newcastle, he would discover his form of last season under a top coach in Rafael Benitez.

Currently talks are still ongoing between Palace and Newcastle as Rafa Benitez wanted to commit to an initial loan deal with an obligation to buy if the club gets promoted next season, while Sam Allardyce wanted the fee up-front in order for Palace to invest that money into a replacement.