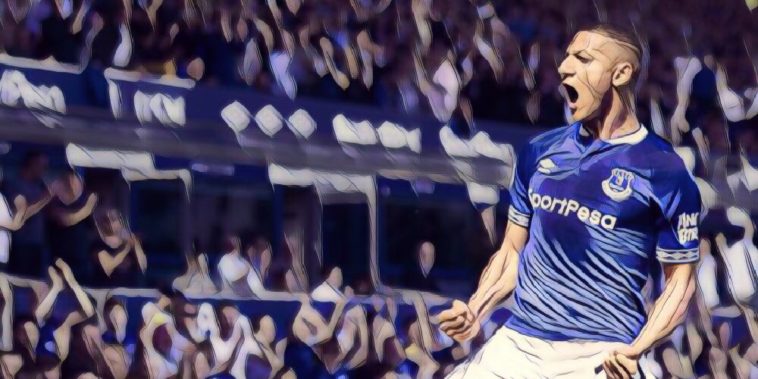 Carlo Ancelotti has insisted that Richarlison is ‘happy’ at Everton following rumours this week that Barcelona had made an £85 million move for the forward.

With Barcelona on the lookout for a replacement for the injured Luis Suarez, Sky Sports broke the news of the £85m bid from the reigning La Liga champions, in what would have been the biggest deal of the January transfer window

Richarlison – who has scored 10 goals and provided four assists in 27 appearances in all competitions for Everton this season – is likely to feature in the Brazil squad for their Copa America campaign in the summer and only signed a new deal in December to keep him at Goodison Park until 2024.

Despite his decent season for the Toffees, it’s safe to say that there were more than few that were surprised when they heard of Barcelona’s bid, including Carlo Ancelotti, the Italian denying that an ‘official offer’ was ever received.

“I was surprised,” Ancelotti admitted at his pre-match press conference on Friday.

“Yesterday he was here, he was still here, he didn’t go to Barcelona.

“There was a rumour. We didn’t receive an official offer for him.

“Richarlison is really important for us and he stays with us.”