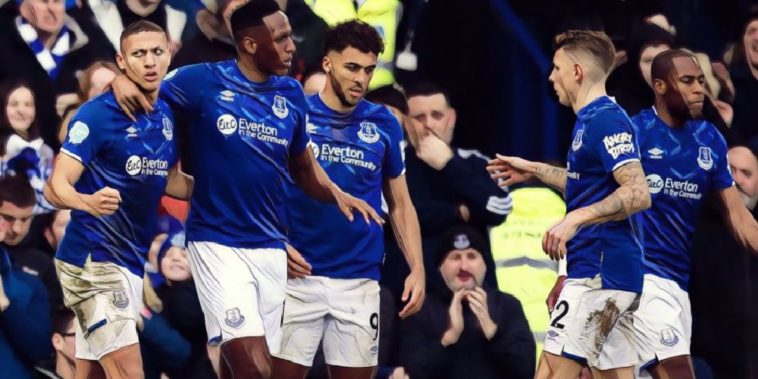 Carlo Ancelotti has discussed the importance of Everton’s 3-1 win over Crystal Palace as the Italian aims to steer the Merseyside club into the Europa League.

Everton have been on a much-improved run on form since Ancelotti’s arrival at the club in December, the Toffees losing just one of their eight league game since the Italian replaced Marco Silva as Blues boss.

Goals from Bernard, Richarlison and Dominic Calvert-Lewin saw the Merseyside club move to within a point of fifth-placed Tottenham, though the North London club have a game and hand, and speaking afterwards, the former Chelsea boss admitted that it was a ‘difficult’ game.

“The best thing today is the result, the performance was not so good,” Ancelotti told BT Sport. “It was a difficult game, a lot of interruptions. We were not able to keep the intensity. Richarlison did a fantastic counter-attack and we won for this reason.

“Before the break, three points is important. We know they have this quality, Richarlison is a fantastic player in counter-attack, he used that situation really well.”

Ancelotti also reiterated his pre-match sentiments that qualifying for next season’s Europa League is a ‘target’, even though he took over the club with the club firmly battling against relegation.

“This is the target, since I arrived the team did a fantastic job, now we have a possibility to think about Europa League.”