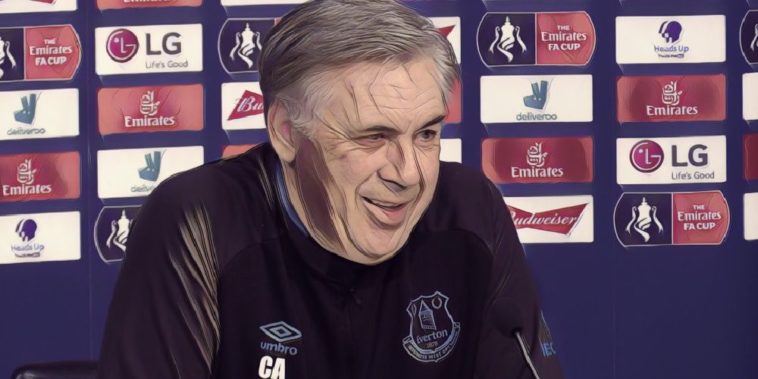 Carlo Ancelotti says playing fixtures behind closed doors is “really difficult” as the Premier League draws up contingency plans amid the spread of the Coronavirus.

The global epidemic originated in China but has since spread to other countries, with the latest figures reporting 100,000 cases worldwide, 163 of those in the UK.

Amidst the concern, the governing bodies have discussed a worst-case scenario of playing remaining fixtures behind closed doors should the situation worsen, with the Premier League prepared to hold matches in front of empty stands as a preventative measure.

Ahead of this weekend’s trip to Chelsea, Everton boss Ancelotti was asked about the possibility of playing fixtures in empty stadiums and admits the situation would be “really difficult”, though insisted the club would follow any government health advice.

“Nobody is used to it. Supporters are really important and are part of the game but I think this is a moment and I hope in April, things are going to be normal,” he told the media at Friday’s press conference.

Fixtures in other competitions have already been postponed, including Serie A fixtures in Ancelotti’s native Italy. The Toffees boss says he has spoken to friends back home and believes the situation is under control, backing the postponements amid the outbreak of the virus.

Chelsea manager Frank Lampard also gave his verdict on the possibility of playing games without spectators, though says his side’s preparations would not be altered in the wake of a suspension of mass gatherings.

“It wouldn’t affect anything with preparation,” he said. “Obviously it would change the atmosphere, but we’ll have to see. There are some things that are more important.

“We’re not shaking hands. It’s the protocol followed by doctors and we’re doing everything that we can do.”