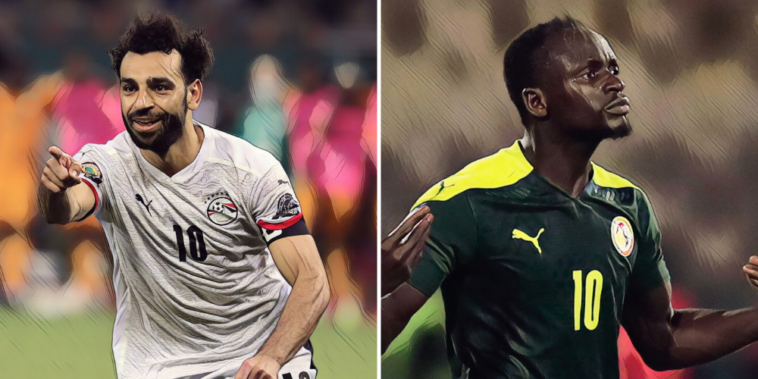 Senegal meet Egypt in the final of the Africa Cup of Nations this weekend, as the two teams battle it out to be crowned the continent’s finest after a month of enthralling action in Cameroon.

Senegal are seeking their first success in the tournament after twice previously finishing as runners-up, including in the 2019 edition after losing to Algeria.

In contrast, Egypt are the most successful nation in AFCON history, but have failed to truly convince despite their passage to Sunday’s final.

From lover’s of the best casino online in Canada to football fans who like to gamble online, the AFCON is a tournament that has caught the attention of Bettors across the globe.

Ahead of the clash, we assess the market and analyse the key odds for the AFCON final.

Despite looking for a maiden success in the competition, Senegal are the bookmakers’ favourites to win the trophy this weekend after impressing during their route to the final.

Having finished top of their group, Aliou Cissé’s side have won each of their knockout stage fixtures by a two-goal margin, including a 3-1 win over Burkina Faso in the semi-finals.

He made that look so easy 😍

A touch of class from Sadio Mane to make it 3-1 to Senegal 🥶👌#AFCON2021 pic.twitter.com/1DJJEXxISF

Egypt – despite boasting Mohamed Salah among their ranks – have scored just four goals in their six fixtures combined and needed penalty shoot-outs after goalless draws to progress past Ivory Coast (last 16) and Cameroon (semi-final) respectively.

The bookmakers are favouring a low-scoring affair in the final, with just none of Egypt’s six games so far having seen over 2.5 goals scored inside the opening 90 minutes.

Senegal’s three group stage games saw a combined two goals scored, but the finalists have been in higher-scoring encounters during the knockout rounds with The Lions of Teranga winning 3-1 in both the last eight and semi-finals.

Both Teams to Score

The tight nature of the games in the 2021 AFCON are reflected in the BTTS market, with the bookmakers favouring just one side scoring in Sunday’s showpiece.

The two teams have conceded just twice apiece in the competition so far and the pressure of the final could lead to a cagey affair in Yaoundé.

Mane is the shortest priced player at 7/2, having levelled Senegal’s all-time goal record with his 29th international goal in the semi-final win over Burkina Faso.

🔴 Team-mates in the #PL 🔴
🇸🇳 Rivals in the AFCON final 🇪🇬

Salah’s odds of 5/1 are sure to tempt despite Egypt’s struggle for goals, with the 29-year-old having been in sensational form at club level this season with 23 goals in just 26 appearances. He has netted twice during the AFCON so far.

Bamba Dieng – who also has two goals in the tournament so far – is priced at 7/1, whilst those interested in a long shot can back Senegal captain and Napoli centre-back Kalidou Koulibaly to open the scoring at 28/1.

Egypt have twice triumphed in the knockout stages via penalties and the odds of the record seven-time winners to win an eighth title after a shootout are 15/2.

Senegal to win on penalties is also 15/2, whilst extra-time wins for either side are priced at 9/1 for Senegal and a more generous 16/1 for the Egyptians.

The card market for both sides will open closer to kick-off, with Egypt possessing an intriguing few options if you’re looking towards cautions.

Mostafa Mohamed ranks second at the AFCON for fouls committed with 16, whilst teammates Omar Marmoush (15) and, somewhat surprisingly, Mohamed Salah (15) are ranked just behind.

Perhaps less of a surprise is that Sadio Mane and Salah lead the way in the tournament for fouls drawn (20), so assessing their direct opponents could be a smart way to enter the card market.

Senegal’s Saliou Ciss has also been fouled on 16 occasions, with just five players having been fouled more often.