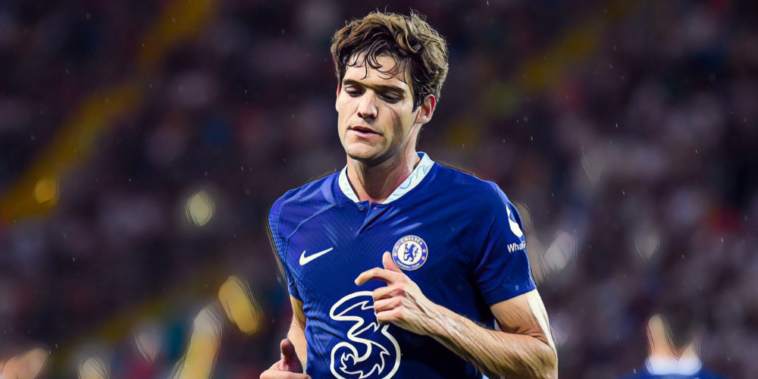 Marcos Alonso is expected to complete a move from Chelsea to Barcelona ‘this week’ with negotiations described as in the final stages.

Alonso has requested to leave Chelsea amid interest from the Spanish side and the two clubs have been in discussions over a deal for the wing-back.

The 31-year-old made 46 appearances in all competitions last season, but the return of Ben Chilwell from a long-term injury and arrival of Marc Cucurella from Brighton has made the defender surplus to requirements at Stamford Bridge.

Fabrizio Romano is reporting that the final fee will be less than €10m for Alonso, who is set to return to his native Spain after six seasons in west London.

Barcelona will complete Marcos Alonso deal very soon. Negotiations at final stages with Chelsea since Friday and it's just matter of details, Alonso only wants to join Barça as soon as possible. 🚨🔵🔴 #FCB

Final fee will be less than €10m – it will be done this week. pic.twitter.com/rTSPQt4FdO

Alonso signed for Chelsea in a £24m deal from Fiorentina in 2016 and has since made 212 appearances across all competitions, winning the Premier League and Champions League among his honours.

Barcelona had also expressed an interest in signing Cesar Azpilicueta from Chelsea this summer, but the club captain has instead signed a new contract to remain at Stamford Bridge.