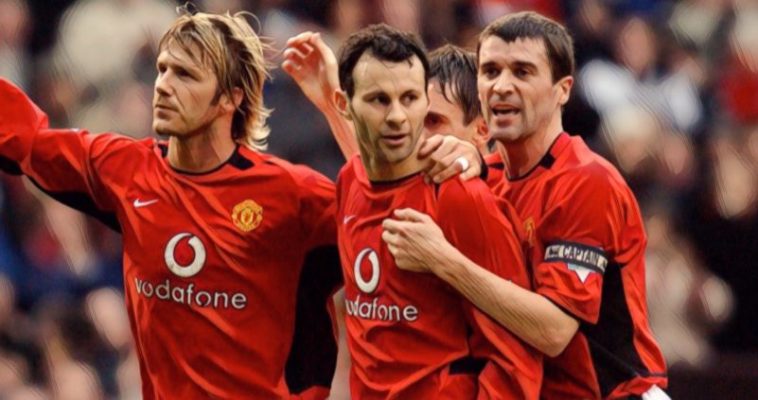 The most successful manager in the history of English football, Sir Alex Ferguson brought unprecedented success to Manchester United during a 26-year career at Old Trafford.

His record-breaking collection of silverware includes winning 13 league titles, five FA Cups and two Champions League trophies, overseeing an often flawless transition between title-winning sides and taking charge of some of the finest players in the history of the Premier League.

We’ve decided to look back at the players who made the most appearances under the legendary manager, here is Sir Alex Ferguson’s most used XI:

Ferguson recognised the importance of a great goalkeeper to any side and was responsible for signing three of the club’s very best in Schmeichel, Edwin van der Sar and David de Gea, though it is the former that earns his inclusion in this side courtesy of 362 appearances under the Scot.

Regarded by many as the best goalkeeper in Premier League history and amongst the finest the game has seen, Schmeichel won five league titles in seven seasons at Old Trafford, winning two domestic doubles and forming part of the side which won a historic treble in 1999.

The former Denmark international was named as the Premier League’s Player of the Season during the 1995/96 season and remains the only goalkeeper in history to have won the award.

One of a host of academy graduates to emerge at a similar time and form the basis of Ferguson’s great sides, Neville spent his entire career at Manchester United and made 598 appearances in all competitions.

A committed and dedicated professional, Neville’s relentless work-rate saw him establish himself as the best right-back in the Premier League for a period and later saw him named as club captain following the departure of Roy Keane to Celtic.

Amongst the most decorated players in the history of English football, Neville won 20 major honours during a glittering career at Old Trafford, including eight league titles and the Champions League twice.

Ferdinand’s performances for rivals Leeds persuaded Ferguson to make the centre-back the most expensive defender in football history in the summer of 2002, though it would prove money well spent despite smashing the British transfer record.

Quick, powerful and possessing unshakeable composure, Ferdinand is rightfully regarded amongst the very best defenders the Premier League has seen and he spent over a decade at Old Trafford, making 432 appearances in all competitions under Ferguson before the latter’s retirement in 2013.

Forming one of the division’s great centre-back partnerships alongside Nemanja Vidic, his list of accolades includes six league titles and the 2008 Champions League, as well as five inclusions in the PFA Team of the Year as a United player.

Perhaps a surprise inclusion amongst Ferguson’s most used XI but a player whose consistency and versatility was rewarded with 394 appearances under the Manchester United great.

O’Shea won 14 trophies across ten seasons as a first-team regular at Old Trafford, establishing himself as one of the most decorated Irish footballers of all-time before leaving for Sunderland in 2011.

Comfortable playing across the backline and even in midfield on occasion, O’Shea also enhanced his status amongst the Red Devils’ supporters in fine – if somewhat uncharacteristic – style, memorably netting a sumptuous chip against Arsenal at Highbury and a stoppage-time winner against Liverpool at Anfield.

Rarely has a player played with such remarkable consistency as the former Ireland international, Irwin an ever reliable performer at full-back for over a decade at Manchester United.

Irwin played his part in the club’s early successes of the Premier League era and won seven league titles, including two domestic doubles and the Red Devils’ aforementioned treble-winning season in 1999.

Solid defensively and a potent attacking threat, Irwin’s natural two-footedness and ability from set-pieces made him an invaluable squad member during the greatest period of Ferguson’s tenure.

One part of a midfield quarter who would dominate both at home and abroad, Beckham was an unrivalled crosser of a football at his peak and is regarded amongst the finest dead-ball specialists the game has seen.

Part of the club’s fabled ‘Class of ’92’ contingent, Beckham emerged from the club’s academy system to establish himself as a superstar of world football, his technical brilliance and celebrity status helping the former England captain transcend the game.

Winner of six league titles, two FA Cups and the Champions League during his 387 appearances under Ferguson, Beckham was also named as runner-up for the Ballon d’Or and for the FIFA World Player of the Year award twice.

No player in Premier League history has ever scored more free-kicks than ‘Becks’, who finished as the leading assist provider in the division on three occasions before his move to Real Madrid in 2003.

The deterioration of Keane’s relationship with Ferguson is a sad end to an era that brought unprecedented success to Manchester United, the Irishman the on-field embodiment of his manager and the most inspirational player of Fergie’s Old Trafford dynasty.

A dynamic presence of energy and full-blooded commitment, Keane is one of the greatest midfielders in Premier League history and became the driving force behind Ferguson’s greatest sides, winning a PFA Player’s Player of the Year and FWA Footballer of the Year double in 2000.

The joint-most decorated Irish footballer of all-time, he made 469 appearances in all competitions and became United’s most successful ever captain, winning 17 major honours during a glittering Red Devils career.

Scholes’ ability to play a variety of roles to the very highest level have seen him showered with praise from his footballing peers, a player’s favourite who established himself as one of the greatest in the history of England’s most successful side.

The Oldham-born star was blessed with a flawless technique and ability to see the picture around him, evolving from an attacking forward talent into a deep-lying playmaker in his latter years, with generational greats such as Xavi and Zinedine Zidane gushing in their admiration for the understated star.

Scholes would spend his entire career with the club and make 718 appearances in all competitions, his list of accolades including 11 league titles, three FA Cups and two Champions League titles.

Few players have caused as much excitement coming through the academy ranks as Ryan Giggs, the fleet-footed winger described as the club’s best prospect since George Best following his emergence as a teenager at Old Trafford.

Giggs would deliver on that vast potential and then some during an unprecedented career of success and longevity at Manchester United, becoming the most decorated player in the history of the English game.

As his career progressed, he would evolve from a flying winger into a more central role, his list of honours including a barely believable 13 league titles, in addition to four FA Cups, three League Cups and two Champions League titles.

No player in history has ever made more than his 963 appearances in a United shirt, his longevity and quality leaving him with 162 Premier League assists – the most in the division’s history.

A throwback to 92/93 when a young Ryan Giggs spent his days taking the piss out of Premier League defences. pic.twitter.com/WonOAPry9t

Rooney burst onto the scene as a precociously talented teenager at Everton, a boy in a man’s body who quickly established himself as the most exciting young talent in English football.

Ferguson swiftly recognised the talents of the latest ‘boy wonder’ and made Rooney the most expensive teenager in football history, and Rooney would star under his guidance despite some rocky moments in the duo’s relationship.

He would win five league titles and the Champions League amongst a host of major honours, making 402 appearances under Ferguson and later becoming one of just two Englishman alongside Michael Carrick to win a league title, FA Cup, League Cup, Champions League, Europa League and Club World Cup.

His 253 goals for the club would see him eclipse Sir Bobby Charlton as United’s record goalscorer, whilst he would also surpass the same player to become the greatest goalscorer in the history of the England national side.

The man currently following in Ferguson’s footsteps in the Old Trafford hotseat, Ole Gunnar Solskjaer made 365 appearances in all competitions under the managerial great to earn his inclusion in this most used XI.

Solskjaer arrived as an unheralded talent from Norwegian side Molde before quickly proving to be a bargain buy, spending over a decade at the club and earning the moniker ‘Baby-faced Assassin’ for his boyish looks and ruthless nature in front of goal.

Solskjaer made 365 appearances in all competitions for Ferguson and scored 126 goals, developing a reputation as a super-sub for his ability to influence proceedings off the bench.

That reputation was most evident in scoring arguably the most iconic goal in the club’s history, a late, late winner as United came from behind to score twice in stoppage-time and beat Bayern Munich in the 1999 Champions League final.