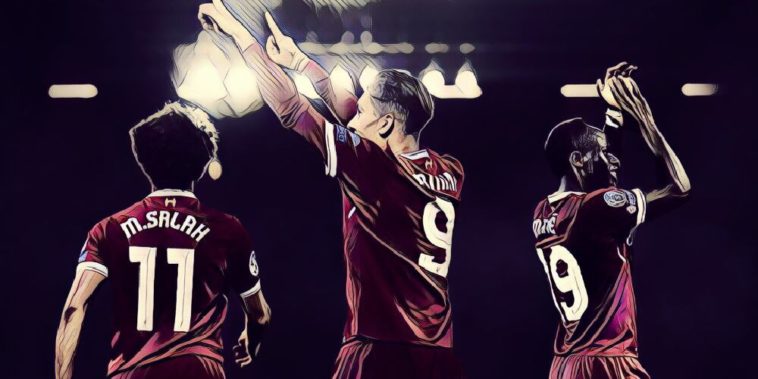 Jurgen Klopp’s Reds served up some breathtaking attacking football last season, with the highly-rated triumphant at the heart of everything positive the Anfield outfit did going forward.

Salah, Mane, and Firmino terrified defences both domestically and during Liverpool’s superb run to the Champions League final with the trio becoming the first three players from a team to score more than 10 goals each in a single season in Europe’s most prestigious cup competition.

Although Liverpool are joint top of the Premier League as we head into the international break, many fans and pundits have been quick to point out that Klopp’s attacking players are not performing at the same level as last season and that the Reds main strength this season has been in defence.

Now former Reds striker John Aldridge has admitted that he feels the deadly trio look a little flat and are not creating anything near the amount of goalscoring opportunities as they did last term.

“We’re very flat up front. It’s been like that for some time now for the front three. It just hasn’t happened for them,” Aldridge wrote in his Liverpool Echo column.

“I don’t know what it is – I wish I did – but from last season to this, it’s like looking at three different players. You’d like to think it won’t continue like that because those players are too good.

“Last year, Mo Salah would have scored one of those two really good opportunities he had yet he snatched at them.

“Roberto Firmino wasn’t himself, his work-rate wasn’t as good as it has been and he hardly touched the ball while Sadio Mane was sloppy and wasteful.

“Klopp has got to try and work it out but it can drive you mad – it’s tough. They’re not getting a multitude of chances like they were last season though and it’s looking a bit blunt at the moment.

“When Mo gets the ball now he can have as many as four men around him but that means there should be some space somewhere else if he can get his head up.

“But as soon as you get scoring again, the ball gets played in and you know where you want it and slot it in.”