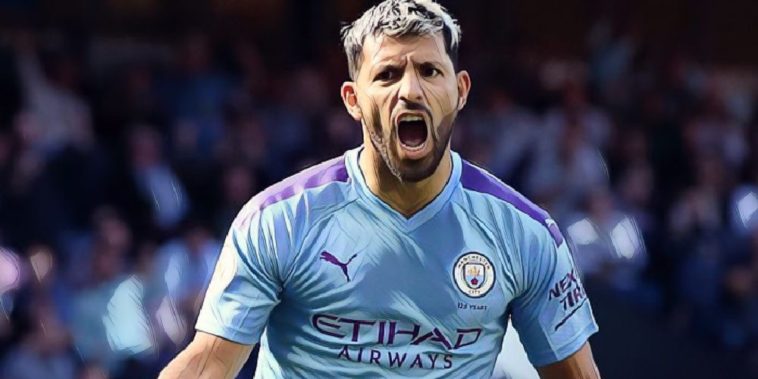 Sergio Aguero will join the rest of the Manchester City squad in Lisbon for the conclusion of the Champions League, despite only having a ‘slim’ chance of being fit for the club’s quarter-final clash with Lyon.

Aguero has been sidelined for seven weeks after undergoing surgery on a knee injury suffered during the club’s victory over Burnley in June, with the Argentina international facing a race to prove his fitness ahead of the Champions League’s reformatted latter stages this month.

Pep Guardiola’s side face Lyon in the last eight of Europe’s premier competition on Saturday evening before a potential semi-final date with either Barcelona or Bayern Munich four days later; City amongst the favourites to win a first-ever Champions League title following their elimination of record winners Real Madrid in the last-16.

Aguero has been undergoing ‘intensive rehabilitation’ in Barcelona, and according to the Telegraph, the forward desperate to play a part in the club’s European campaign, and whilst the 31-year-old will be given every opportunity to prove his fitness, City are aware that time is running out for the Argentine who is traditionally slow to return to full fitness after lengthy spells on the sidelines.

Gabriel Jesus – who impressed and scored during both legs of the last-16 victory over Real Madrid – is likely to deputise should Aguero fail to feature, as Guardiola plots his side’s path towards a maiden final.

City arrived in Portugal on Monday as they bid to acclimatise ahead of the mini-tournament format, and will be aware of the threat posed by a Lyon side who were shock victors over Italian champions Juventus in the previous round.

Guardiola’s side faced the Ligue 1 outfit in the group stages of the competition last season and failed to secure victory in either meeting, suffering a surprise defeat at the Etihad before an entertaining 2-2 in France.